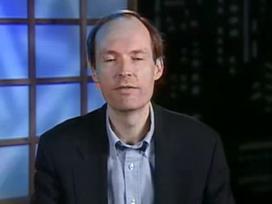 Need to brush up on your supercomputing history? Watch the video!
MediaLink

Humans have always had a thing for building big. History is littered with the remains of Great Walls, pyramids and coliseums, each one pushing engineers to imagine the next big step forward. Now we have buildings like the Burj Khalifa, with its towering height of 2,716.5 feet or 828 meters, as testament to our competitive -- and creative -- nature. And no matter how high we go, there's always some architect quietly drawing up plans for the next big thing.

The same holds true for the world of computing, except taller equals smaller and cooler means faster. This industry makes the pace of constructing the world's tallest buildings seem downright glacial. Thanks to the biannual Top500 list of supercomputers painstakingly compiled by Hans Meuer, Erich Strohmaier, Horst Simon and Jack Dongarra, we can see just how rapidly the industry moves forward. The top three in 2012 will be lucky to occupy one of the top 20 spots in two years.

Processing power in supercomputers (or high-performance computers, for those who point out that "super" is a relative term) is rated in FLOPS, short for floating-point operations per second. A floating-point operation is basically a computation using fractional numbers, so flops is a measurement of how many of these can be performed per second. Top supercomputers are measured in petaflops (1,000,000,000,000,000, or 1 quadrillion, flops). The first system to break the 10-petaflop barrier was Japan's K Computer in early 2012. By that summer, Sequoia at Lawrence Livermore National Laboratory was running even faster. Yep, the competition moves that quickly.

Although the top seat is in constant flux, the major supercomputing locations are usually the United States, Japan and Europe. China has burst onto the scene, too, with big ambitions of being a leader. In this article, we'll stop by 10 sites blowing the roof off of supercomputing. They make the list for a combination of two reasons: total number of petaflops and their impact on the world of supercomputing. Most are long-standing leaders, but you'll also see a few newcomers to the field who have shaken up the establishment. First up is a space agency.