2016 Broke the Record for Stolen Data

by Jonathan Strickland Feb 1, 2017
More than half of the 4,149 data breaches that occurred globally in 2016 happened in the U.S. and the U.K. akindo/Getty Images

There may be no better proof that information has value than this global figure: Thieves stole more than 4.2 billion data records during a total of 4,149 reported data breaches worldwide in 2016, according to Risk Based Security. In 94 of those breaches, thieves accessed a million data records or more. Those data records represent a broad spectrum of information, from personal data to internal communications in various governments.

The U.S. alone saw 1,093 data breaches last year, according to the Identity Theft Resource Center. That represents a 40 percent increase over 2015. Risk Based Security reports an even higher number for the United States with 1,971. In fact, the security firm says that more than half of 2016's reported breaches happened either in the U.S. or the U.K.

Worldwide, hacker attacks accounted for 53 percent of all the data breaches. People with inside access accounted for another 18 percent. Stolen laptops accounted for less than 2 percent of the breaches. That last bit of data is a bit scary — you can keep your laptop under lock and key, but it doesn't guarantee your data will remain secure.

The numbers got a big boost from a few highly publicized security failures. Yahoo, which saw Verizon purchase much of its core business in 2016, FriendFinder Networks and Myspace together accounted for 2.2 billion data records reports UPI. Those companies were big targets, and all are headquartered in the U.S.

That makes the U.S. a prime target for hackers, some of whom work with support from foreign governments. Complicating matters is the fact that data security is something that must evolve constantly. There's no such thing as a hack-proof system, and hackers are constantly looking for vulnerabilities to exploit. A best-case scenario is that the good guys can patch vulnerabilities faster than the bad guys can exploit them.

What can you do? First, if you work for a company, it's important to pay close attention to emails. Many hackers will target employees of a company in the hopes of tricking someone into handing over the keys to the kingdom. Often, they will pose as someone in authority, hoping to fool honest people into doing their dirty work for them.

For your personal data security, you might want to reconsider storing sensitive information in cloud-based services. Your personal computer is a much smaller target than a popular data hosting service. And though you've heard it a hundred times, choosing a unique, strong password for your accounts is best. This will help protect your data from hackers targeting you specifically.

It's likely that we'll see cyber attacks increase. If the data breaches of 2016 have a silver lining, it's that more companies are aware of the potential threats they face and can take measures to protect themselves against future hacks.

Now That's Political
Of course, 2016 also saw a high-profile hack of the Democratic National Committee's computer networks — the haul there was 19,252 emails and 8,034 attachments — and an attempted hack on the Republican National Committee. 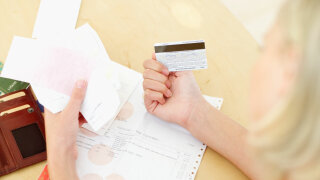 What's the Difference Between Butter and Shortening?
May 22, 2020

Must-have Bar Essentials to Make Killer Cocktails at Home
May 21, 2020