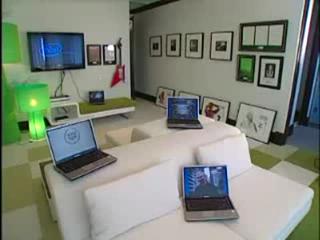 It’s handy, simple and relatively cheap to set up a wireless (WiFi) network in your own home. It saves you from having to connect and disconnect all sorts of wires for your computers just in order to hook up to the Internet.

If you want to create your own wireless network at home, you’ll need a wireless access point. If your home computers aren’t networked, or if you want to replace your Ethernet network you’ll need to set up a wireless router. This will enable you to use either wireless radio signals or Ethernet cables to link up your computers to each other, to your printer, and also to the Internet. The 802.11g router is usually recommended as it is fast and reliable.

Once the router is plugged in, it will work according to its default settings. You can alter the settings by accessing a Web interface. Select the name of the network, which is also known as its service set identifier (SSID). Choose a channel. Most people -- probably including your neighbors -- use channel six, which might cause interference on your line, so choose a different channel. Set up a username and password to protect the security of your router; otherwise, anyone nearby with a wireless card in their computer will be able to tap into your signal.

To protect the privacy of your network, you could use the WiFi Protected Access (WPA), which is a new-and-improved version of the once standard Wired Equivalency Privacy (WEP) security program. This is the option most public hotspots use, and it can be accessed by signing in with a password. Alternatively, you could set up a Media Access Control (MAC) address-filtering program, which does not rely on passwords. To do this, you’ll have to set up your router with a list of the specific MAC addresses on your computers.