History of the Bill 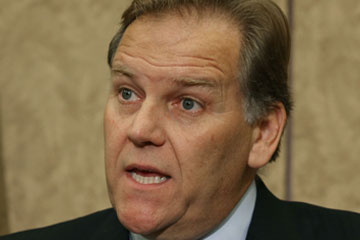 The original CISPA was introduced as H.R. 3523 on Nov. 30, 2011 by Republican Mike Rogers of Michigan, chairman of the House Intelligence Committee, and co-sponsored by Democrat Dutch Ruppersberger of Maryland, ranking member of the same committee, as well as more than 20 other representatives, Democrat and Republican alike. It had the support of a lot of companies, including large telecommunications and tech companies, but faced a lot of opposition from civil liberties groups. On April 25, 2012, President Obama's administration even threatened that he would veto the bill for not doing enough to protect core infrastructure from cyberthreats and failing to protect the privacy, data confidentiality and civil liberties of individuals.

More than 40 amendments were proposed. Several pro-privacy amendments were rejected by the House Rules Committee on April 25. One amendment to allow the National Security Agency (NSA) or the Department of Homeland Security (DHS) additional surveillance authority was withdrawn on April 26. A few amendments were passed, increasing the original bill from 11 pages to 27 pages. These included the following:

CISPA was reintroduced in the house by Senators Rogers and Ruppersberger in February 2013 under a different bill number, H.R. 624. It is virtually identical to the version of H.R. 3523 that passed the House in 2012.