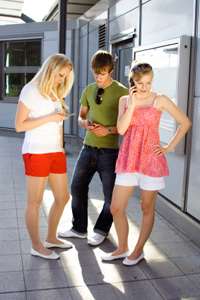 College campuses are like small communities. They often have their own police and fire departments, an army of workers who maintain its buildings and infrastructure, and thousands of residents, also known as students. Just like any community, a college also needs its own campus alert system, which can quickly warn its residents of threats or provide other, less critical information in an efficient manner.

This fact was underscored by the April 2007 massacre at Virginia Tech University, where a student gunman killed more than 30 students and staff. Investigators reviewing the incident cited the university for failing to issue an all-campus alert until two hours after the first victims were discovered. While campus officials allege that they didn't realize a killer was still loose, the event sharply illustrated the need to pass vital information throughout the university community, as well as outside agencies.

The Crime Awareness and Campus Security Act -- passed in 1990 -- requires all colleges and universities participating in federal student financial aid programs to warn the campus community in a timely manner about ongoing security threats. The U.S. Department of Education has so far declined to define what constitutes timely reports, but the fact that the vast majority of colleges and universities in the United States participate in federal student financial aid programs means they're also subject to this requirement [sources: University of California, Security on Campus, Inc.].

In the past, colleges and universities typically relied on standard, low-tech mass notification systems, such as series of loudspeakers, sirens or intercoms, as well as campus media, such as radio or television stations. Advancements in communications technology, however, now offer additional ways to pass the word during an emergency.

A May Gallup poll showed one in five Americans recommend improving campus security hopefully to prevent Virginia Tech-type incidents, and utilizing the latest communication technology is an important part of any campus security system.

However, with these advances come new challenges and problems: information overload and the potential for the campus community to simply opt out of the network.

In this article, we'll explore how campus alert systems work, their strengths and weaknesses and what the future might hold. 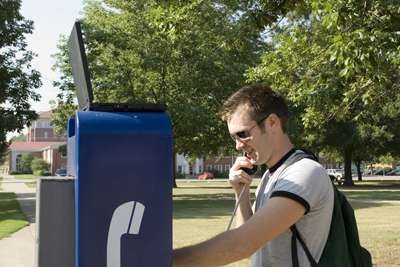 When college freshmen show up for orientation, they're deluged with information and forms to fill out, from registering for meals to turning their dorm room Internet access on. At some colleges and universities, students are now asked to complete another task: signing up for campus alerts.

Modern campus alert systems seek to integrate the latest communications technology into a comprehensive network that'll act as a conduit for critical information to pass back and forth. Much of the process, however, relies on those freshmen opting in to the system by filling out the required paperwork and providing their cell-phone numbers, e-mail addresses and other information.

A Ball State University news release stated at least 90 percent of college students have cell phones, making this an important number to include in the alert system database. Without these critical contact addresses, modern campus alert systems lose much of their value.

Students and employees often have at least two ways of signing up for direct alerts. They can text message the system with the required information or go online and type it into a Web page.

When registering online, the person usually is asked for a username and password, which can be used later to log on and change the contact information if needed. The service often will send a verification message right away, so the cell phone and/or e-mail inbox should be on and ready. You may also have to send back a verification code to ensure the system is turned on.

When signing up, participants often can choose to receive text message, e-mail or both. They can also register several phone numbers or e-mails.

Such vendors face significant challenges, not the least of which are mating old standard alert systems -- loudspeakers, media and centralized phone systems -- with new technology. Network designers must make it simple for campus safety officials to plug into existing hard-wired communications infrastructures while also including wireless and other technologies. With wireless networks, there are sometimes cross-carrier issues to tackle. The designers also must make the system easy to use for both parties -- the sender and receiver -- so that the campus community can have confidence in using it should a crisis arise.

Once a network is created, it also must be organized so that officials can send alerts or information to segmented audiences, such as students, faculty, individual buildings and work groups. Sending messages to students' parents and the media require special attention, as well.

On the next page, we'll talk about how alerts are sent.

The system helps the university coordinate its response to the given emergency, according to officials.

Students must log in to the system and provide their most current contact information, such as cell-phone numbers and e-mail addresses [source: Pepperdine University].

A dangerous wildfire in spring 2006 threatened portions of Pepperdine University and prompted officials to hire a company to provide emergency alerts to students and staff.

The networks won't work without a detailed, well-rehearsed plan. An alert plan addresses what situations call for an alert. It details whose responsibility it is to send alerts and how to ensure alerts are received. It also spells out follow-up steps, such as when to notify off-campus groups like parents, social service agencies and the media. And finally, how and when to send alerts to multiple campuses.

During an extended crisis, such as the aftermath of a natural disaster or ongoing safety threat, campus officials would want to communicate with multiple parties, on and off campus. Campus alert plans contain information about communicating with groups such as students, employees, information technology managers, crisis management teams, public safety personnel, health care agencies and others.

Alert system plans often include steps for modifying a campus' home page or creating a special Web site on which to post information and updates. It also includes steps for keeping primary communication channels clear of non-essential traffic and a means of notifying the community when the crisis has passed.

Plans also address the means for officials to receive information from the community following an alert. It might identify who is responsible for gathering information from incoming phone calls, e-mail and text messages and who will organize and analyze the information and apply it to the crisis management strategy.

Proficient campus safety officials frequently test the alert system to ensure it's working properly. They also hold drills with staff members, to try to identify problems in the plan.

Let's say campus officials with access to a fully integrated alert system network decide they need to alert the entire campus to an imminent threat. They tap into several communications trees that branch out through the campus. Protocols call for campus law enforcement or other officials to activate the alert and operate the alert system.

Officials often initiate campus alerts through a computer system, usually one with a secure Web-browsing connection. Some alert systems can be initiated by phone using special access codes.

The integrated network then reaches out to the many communication devices on campus, such as cell phones, pagers, personal data devices like BlackBerries, e-mail and instant messaging programs. Depending on the network, phone systems, fax machines, satellite phones and radios might also receive the alert. Devices for the hearing and sight impaired, such as TDD and TTY systems, also are included.

At the same time, the older methods also swing into action. Automated phone calls are placed giving pre-recorded messages to whomever picks up the other end. Around campus, flashing lights on public phones alert those standing near to pick it up for an important, pre-recorded message.

Loudspeakers located throughout campus broadcast the pre-recorded alerts while large electronic signs that normally preview athletic or entertainment events scroll the alert message. Campus and area media receive the alert along with a request from the university to broadcast its content or post it on their Web sites.

For advantages and disadvantages of alert systems, keep reading.

Advantages and Disadvantages of Alert Systems 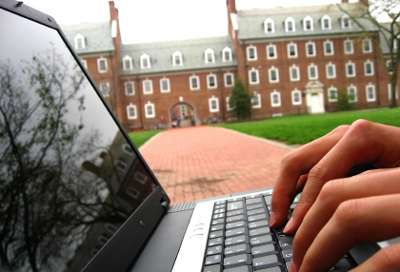 Some colleges, such as Montclair State University in New Jersey, require students to purchase specific telecommunication devices such as a cell phone that operates almost like a personal data device. Issuing a specific device to all students makes issuing alerts less complicated, but adds to a student's expense. This is just one example of the inherent trade-offs of any campus alert system.

On the pro side, multi-layered, redundant alert systems blanket the population, meaning the message will almost surely filter through to the entire audience. The alerts are virtually instantaneous once a decision is made to send them, and the network built by these alert systems can be used for other purposes, such as important, but non-emergency communications. Also, electronic communications -- text messages, e-mail, et cetera -- allow for two-way communication, which can help authorities manage a developing situation with more information.

Some potential disadvantages, however, include giving busy students the option to opt-in to the network. This requires them to sign up, which means some won't and they'll be left out of the loop. Also, students often are responsible for providing the current contact information and it's likely many won't get around to updating the system with their new phone numbers or e-mail addresses.

Using the network too often for non-emergency communications may lead students to become irritated with service and either block it or ignore it. Some network alert system companies even advertise they'll provide the alerts for free in exchange for colleges and universities allowing them to send advertisements to students using the same network.

Ultimately, the danger lies in students viewing alerts as just one more hassle clogging electronic communications. Conversely, authorities might become overwhelmed by incoming feedback during a crisis, or even taken in by purposefully wrong information.

The Future of Alert Systems

Once reserved largely for weather or civil defense purposes, campus alerts now can be far more specific, timely and efficient. As PDAs become more versatile and wireless networks grow in capacity, one can foresee many improvements in targeting, timeliness and accuracy of campus safety alerts. Such advances could make it possible for the receivers to distinguish easily between truly critical information and non-emergency communications, thereby preserving that convenience without potentially sacrificing the seriousness of an actual event.

For more information about campus alert systems and related topics, check out the links on the next page.