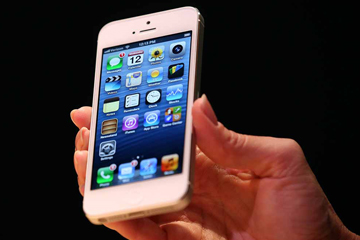 Are you a freemium-loving freeloader?
Justin Sullivan/Getty Images

Freemium. Freemium. Freemium. Yup, it's one of those words that gets weird fast. Probably because it's what you call a portmanteau word: a new word made by smashing two old words together. In this case, we smash "free" into "premium," and voila! Freemium! It still sounds weird.

The word often pops up on Web sites that sell services or apps. Usually, there are a few tiers to that service, and the first one's always free. That's the "freemium." The idea is that a small percentage (maybe even as low as 1 or 2 percent) of users will pay for the full-featured service. And if you can get enough paying users to pony up the necessary cash, they'll cover the cost of all those freemium-loving freeloaders on the site.

You've probably been a freemium user yourself. Dropbox, LinkedIn, Evernote, and Remember the Milk all offer free levels of their services, with power users paying for more space or more functions. Even the free Adobe Acrobat Reader could be seen as a kind of freemium, with only a few users going all the way and buying a full version of Acrobat.

There is of course a pitfall. What if that 2 percent of users doesn't materialize? Or what if you don't charge them enough to cover all your costs? Those businesses have two choices: Charge everybody, or go down in freemium flames.

There is an upside, though, if a business can stick with the freemium model. More free users will convert to paying customers if given enough time. Cut them off after a month, and they'll forget they ever used the service. Give them a year to come to rely on it, and they'll likely come looking for a bigger fix -- credit card in hand.

I use all kinds of freemium services. My cloud storage, my anti-virus software, my off-site backup service, one of my online e-mail accounts, my streaming music service, my to-do list app and even the service that tracks my workouts. I'm a freemium freebaser.

I've also converted to a paying user for several things, including a time tracking service that I use for work and a full-blown version of Acrobat. I am the 1 percent! Well, in these two measly instances.

I've even used freemiums to shop around for the features I needed and then ponied up for a full version of the one I liked best. Not that it's particularly clever of me; I'm sure nearly everyone does it. Right? You guys do know you can do that, right?