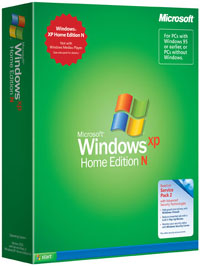 Software piracy is big business. In July 2007, Chinese intelligence authorities brought down what's believed to be the largest counterfeit software syndicate in the world [source: Microsoft]. The illegal operation had sold more than $2 billion worth of fake software, particularly Microsoft products like Windows Vista, Microsoft Office 2007, Windows XP and Windows Server. With information from Microsoft and the FBI, Chinese investigators were able to track down the counterfeiters, whose products had been shipped to 27 different countries in eight different languages.

Microsoft credits much of the success of the China bust to its anti-piracy system called Microsoft Genuine Advantage (MGA). As part of this system, Microsoft customers can download a small program called Genuine Advantage Notifications (GAN) that validates whether a copy of Windows XP is legitimate. According to Microsoft, tens of thousands of consumers used GAN to find out that their operating system software was fake, and over 1,000 of those piracy victims sent Microsoft hard copies of their software for analysis. Clues from these discs helped authorities track the counterfeiting syndicate to China.

According to Microsoft, pirated Windows software is not only inferior to the original, but it can be dangerous for your computer. Pirated software can be bundled with spyware, viruses and other malware that can surrender your private information or turn your machine into an unwitting spambot. By validating your software with Windows Genuine Advantage, says Microsoft, you have the peace of mind of knowing that your operating system is backed by Microsoft, and that you'll receive all pertinent security updates and upgrades as they're made available.

Microsoft promises that the GAN software doesn't collect any personal information beyond your general location (city, state, country), your computer make and model, operating system and software product key. Microsoft isn't looking to punish individual users -- many of whom bought what they thought to be legitimate copies of Windows software -- but to collect information that helps them track down the criminal operations that manufacture and sell the fakes.

Microsoft has more than its fair share of critics, and they've all pounced on Genuine Advantage Notifications. They say GAN wrongly identifies real software as fake and then bombards users with warning messages that are impossible to stop. They also say that GAN is misleadingly packaged as a critical security update. But Microsoft is pushing forward with GAN, calling it an essential tool in the fight against software piracy.

So how do you install -- and perhaps more importantly -- uninstall Genuine Advantage Notifications? And what else are the critics saying? Read on to find out.