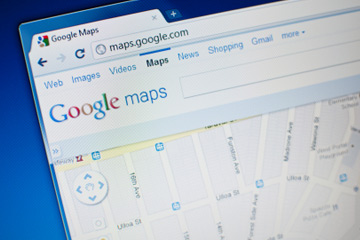 Google Maps may take you down a wrong street occasionally, but when it comes to a country's borders, the stakes are much higher.
©iStockphoto.com/Robert Corse

Google Maps is big. Huge. And there's one problem with being a company as massive as Google: People take you very seriously. Sometimes, Google Maps makes mistakes that don't matter much in the long run. It gives poor directions or miscalculates a distance. It has outdated satellite imagery. Most of the time those errors don't matter -- but sometimes small errors in Google Maps can lead to big consequences.

Just as the Google homepage dominated the Web search arena before it, Google Maps has become the go-to map tool for millions of Internet users all over the world since its introduction in 2005. Over the years, Google has expanded Maps to include traffic information, satellite imagery, and a wealth of information about businesses, tourist destinations and public transportation. Google Maps for Android works with the Google Navigation app to provide Android users with free GPS directions. In 2010, the mobile version of Google Maps surpassed 100 million monthly users [source: GoogleMobile].

Costa Rica and Nicaragua have a history of border disputes dating back to the 1800s. In 2009, an International Court of Justice issued a ruling on a conflict between the two countries identifying the San Juan River as the border between the two. That same river became a contested area again in 2010, when Nicaragua began dredging a section of the waterway that Costa Rica considered its territory. According to a Costa Rican newspaper, Nicaraguan general Edén Pastora cited Google Maps as justification for the Nicaraguan infringement on Costa Rican soil [source: Sutter]. Judging by Google's map, Nicaragua's troops and its dredging operation were in its own territory.

Costa Rica didn't agree, and rightly so: According to the established boundary between the two nations, Nicaragua was clearly in the wrong. The incident resulted in both sides sending security forces to the area to shore up their armed presence. Thankfully, the situation never devolved into combat. Google admitted it had made a mistake and updated Maps with data provided by the U.S. State Department [source: AFP].

Despite the map mix up, the resulting discord can't really be blamed on Google. Nicaragua used the service as an excuse, not an impetus for action. But this is not the only case of incorrect Google Maps data ruffling a few feathers. 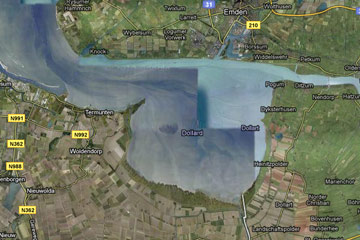