by Jonathan Strickland Jun 28, 2016
Of course the whole fan-spying trick isn't going to work on some MacBooks, which don't have fans. Wavebreakmedia Ltd/CSA-Images/Getty

Are you concerned about computer security? Do you practice safe internet browsing behavior? Do you keep your malware detection software current? Maybe you even go so far as to put a sticker over your webcam or to make sure your computer's microphone isn't connected. Perhaps you've even disconnected any speakers on your computer.

But have you paid attention to your computer's fan lately?

Security researchers recently published a paper detailing a new method to spy on a computer. It turns the computer's fan into a signaling device. A computer fan is one thing you really can't disconnect — heat and computer circuits don't get along. And the fan can communicate subtly enough that you might not even recognize something is wrong.

The researchers created malicious software called a Fansmitter that takes the CPU (central processing unit) activity within a computer and uses that data to modulate the computer fan's movement. It's almost like turning a fan into a telegraph signaling device with Morse code. You'd need to plant a listening device (like a smartphone with a special app) in the area to pick up and interpret the changing sounds. The fan could transmit user names, passwords and other sensitive information. And this approach would work on any computer, including those not connected to the internet or without speakers.

It's an ideal spying strategy for computers that are isolated from networks. Why isolate a computer? If it has particularly sensitive information on it, you'd want to make the computer as secure as possible. One way to do that is to separate it from any other computer — to create what's called an air gap. If a hacker wanted to learn more about such a computer, he or she would have to get physical access to the machine first. Turning a computer's fan into a communication tool would allow for prolonged observations.

Should you worry that your computer fan is gossiping about you? Probably not. You're more likely to come across other types of malware — unless you're in charge of a high-security computer system. So do stay vigilant, make sure you aren't engaging in risky computer behaviors and use critical thinking to avoid the social engineers who are eager to trip you up. But stay cool: Your fan is probably behaving itself for the time being.

This One's More Than Two Months' Salary: World's Largest Diamond Up for Auction 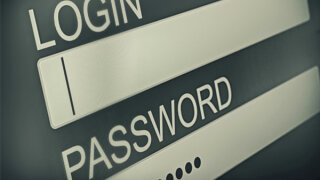 What Are Single-use Plastics and Should They Be Banned?
January 28, 2020