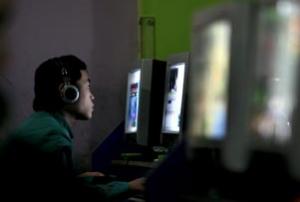 A Chinese youth plays an online game in Chongqing Municipality, China. Could the Internet International Ad Hoc Committee have changed the way he surfs the Web?
China Photos/Getty Images

­As the Internet grows into a widespread tool for social networking as much as a resource for information and people debate about the impact of concepts like Web 2.0, it's easy to forget that the system started as a private network built by the U.S. government to exchange information. Gradually, however, many important areas embraced the Internet, especially as it moved through academic institutions in the 1970s.

By 1984, many standards were in place, including the domain name system (DNS). You probably don't talk about the DNS on a daily basis, but if you have a computer and use it to browse the Internet and check e-mail, you definitely make good use of it. The DNS is simply the standard used to direct traffic to Web sites and e-mail addresses. Every site has what's called an Internet Protocol (IP) address, which basically acts just like a telephone number. The IP address for howstuffworks.com, for example, is 70.42.251.42. Of course, if you wanted to access HowStuffWorks, you wouldn't type those numbers in. Because it's easier for us to remember a logical collection of letters rather than a jumble of numbers, we use the domain name -- a simple string of letters, what's known as a mnemonic device. The DNS translates the letters into the number-based IP address, and a connection is made.

The part of the address on the far right, such as the .com, is where your browsing requests go first -- it's what's called a top level domain (TLD). You're probably familiar with three of the most common: .com, .org and .net. There are, of course, a few more, such as .edu and .gov, but chances are you probably use the first three more often. 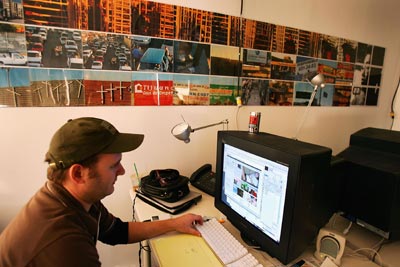 The International Ad Hoc Committee specifically noted that .com, .org and .net were the only three gTLDs existing at the time of the report's writing in February 1997. According to IAHC definitions, .com was set aside "for businesses or firms of a commercial nature," .org "for not-for-profit entities," and .net "for entities emphasizing data networking activities, especially with respect to the Internet." The report proposed a potential Generic Top Level Domain Memorandum of Understanding (gTLD-MoU), which would establish the seven new gTLDs. They included:

.firm - for businesses, or firms

.nom - for those wishing individual or personal nomenclature

The report also called for the formation of a large group of global registries, all under the supervision of a Council of Registrars (CORE), to oversee any new registries for the proposed gTLDs.

Although the IAHC gained some support, the report was mainly criticized for several reasons. The tech community saw the report's schedule for technology development and implementation, which called for a timeline of about 100 days, as too strict and condensed. Others felt it ignored business issues and failed to resolve the competitive problems it was attempting to address; the introduction of the .firm and .store domains, alongside the established .com, may have felt a little redundant. Because of a lack of unity regarding the suggestions from the IAHC, the committee dissolved soon after the release of the report, although many incarnations of its ideas were transferred to later successful proposals. The .info domain, for instance, later introduced by the Internet Corporation for Assigned Names and Numbers (ICANN), remains one of the more successful domain names.

For lots more information on the ever-changing state of the Internet, see the next page.

ICANN? Yes, You Can!

ICANN, a private-sector, not-for-profit corporation that currently coordinates the domain name system, essentially took over for the defunct IAHC. In November 2000, the ICANN board of directors approved seven new TLDs for use: .aero, .biz, .coop, .info, .museum, .name and .pro. In June 2008, however, ICANN went even further -- the board has decided to allow any public or private organization to register any combination or length of letters as a gTLD. A company like Toys R Us, for example, could register for the gTLD ".toy," whereas Apple might decide to use ".mac" [source: CircleID].