Remember back in the early 2000s, when it still seemed miraculous just to be able to sit on your living room couch and connect your laptop to the Internet without having to plug in a cable? These days, WiFi is just another technology that we take for granted — and complain about. Even after we shell out big bucks for the latest tricked-out router gizmo, it never seems to be quite fast enough to keep video games from lagging or streaming movies from freezing up right before a climactic scene, thanks to the increasing number of data-hungry devices that compete for bandwidth on our networks.

But researchers at Eindhoven University of Technology in the Netherlands may have come up with a way to relieve your frustration. They've developed an experimental wireless network that utilizes beams of infrared light instead of radio waves to transmit data. In the lab, researcher Joanne Oh managed to achieve a speed of 42.8 gigabits per second — many times faster than what you get today with radio-based WiFi. And better yet, devices won't have to compete for bandwidth anymore.

As detailed in a university news release, fiber-optic cable would supply internet connectivity to an array of infrared light-radiating antennas mounted on the ceiling of a room, which would service as access points. The antennas would contain a pair of passive diffraction gratings — basically, grooved surfaces that radiate light beams of different wavelengths at different angles. (For all you math fans, here's a textbook explanation of how passive diffraction works.) An antenna would send data to your tablet or smart phone. If you were to move around the room and something blocked the sight line between your device and the antenna, another antenna takes over the connection.

The infrared light from the antennas is at a much higher frequency than the radio waves that conventional WiFi routers use, which enables it to transmit a lot more data. "The usable bandwidth on this carrier is huge," says university professor Ton Koonen via email.

And by "huge," Koonen means that the system could transmit the equivalent of an entire DVD-length movie in about one second. (That's more than 62 times as quickly as the fastest router on the consumer market, based upon lab tests of routers by CNet.com).

Better yet, because the system would assign each device its own frequency, other users in the space could download a movie (or any other data) into their individual devices at the same time without any loss of speed.

It may take five years or more to perfect the technology and get a consumer version on the market. "The basic concepts have been implemented and validated," says Koonen. "It is now a matter of bringing the research 'baby' to the next maturity level, by further engineering it into a prototype with which first service trials can be done. This next phase needs more effort and capital investments, beyond what we thus far did in the university setting."

In the current prototype, the devices on a network still use radio signals to upload data, but the researchers are looking at optical solutions for that as well. "The first experiments were quite encouraging," says Koonen.

Unlike radio waves, infrared light can't pass through walls. That means that unlike conventional wireless networks, the various rooms in a house would each have to be wired to have internet access. On the plus side, that also might make an infrared-based home network more secure from hackers.

Other researchers have been exploring different methods of using light in WiFi networks. Harald Hass, a professor of mobile communications at the University of Edinburgh, gave a 2011 TED talk on the idea of using LED light bulbs to transmit data. Haas says that "LiFi," as the technology is called, already has achieved a speed of 8 gigabits per second. While that's not quite as fast as infrared transmission, LiFi would require less elaborate equipment. Hass said that an LED light that doubled as network access points could utilize existing electrical wiring in the house to connect with the internet gateway in another room, and wouldn't need fiber-optic infrastructure.

Now That's Interesting
In the early 1700s, Isaac Newton was among the first to propose that light traveled not in rays or waves but as individual particles, an early take on the quantum theory of light.

Hot or Not: What Makes Some Places Naturally High in Radioactivity 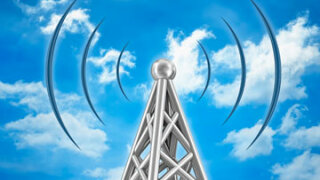 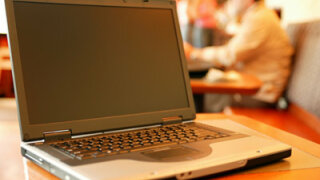