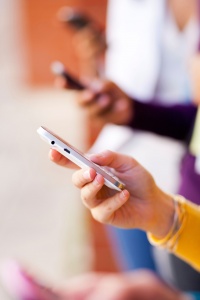 “I know that Facebook copyright thing is probably baloney, but I’m going to post it … just to be safe.”
© Hongqi Zhang/iStock/Thinkstock

What is the Internet if not just a massive blob of interconnected inside jokes? It's apparent from the comments sections of sites such as YouTube, Sports Illustrated, Reddit, 4Chan and Xbox Live that there's a certain lingo for communicating with your peers. Each site draws upon shared stories that immediately make sense to people in the know but may draw bemused looks from people who aren't familiar with a group's shorthand.

But more than linguistic twists connects users of the Internet. Some of our new technologies create entirely new tales, tall and otherwise.

For example, Facebook has always been fertile ground for all sorts of digital contrivances. One of the most frequent requests of avid Facebook users is an application that allows them to see who's been peeking at their profiles. Such an application would help pinpoint potential new suitors or see which old flames might still be feeling a spark for old times.

Of course, there is no application that allows you to see who's trying to view your Facebook profile. If Facebook allowed such a program, there would be all sorts of privacy repercussions. But that doesn't stop marketing schemes and fake app developers from trying to capitalize on a collective desire for such a capability. They promise to show you who's been looking for you – only they really can't [source: Facebook].

There are even sillier Facebook examples. For instance, posting a legal notice of any kind on your Facebook status won't protect your privacy rights in any way, nor will it serve as evidence of copyright for your kitty pictures.

Those are just a couple of examples of how bits of misinformation weave themselves into our lives. Keep reading, and you'll see more about how online rumors start and how some of them turn into bigger-than-life myths that ingrain themselves into our collective folklore.