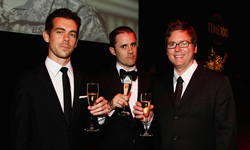 Twitter, the popular micro-blogging service that allows users to send messages to large groups of people all at once, has officially become an Internet sensation. Users of all stripes, from your average Joe to big-time celebrities, have embraced the medium as a great way to keep in touch with friends, family and fan bases. Maybe it's the simplicity of the system -- all you really need is a free account and a cell phone. Or maybe it's the ease with which you can send messages to tens of thousands of people. Celebrities like it because they can avoid the pitfalls of the traditional media outlets and deliver information straight from the horse's mouth. The messages, called tweets, can only be 140 characters long, so perhaps the popularity is due to the lack of serious commitment that running a Web site or blog entails.

Any way you slice it, Twitter has become a big hit. Actor Ashton Kutcher made headlines in 2009 when he became the first account holder to gain one million followers. If you signed up for Twitter today, you'd likely not have more than a couple. That brings up a spin on the age-old falling tree question -- if you twitter and no one is around to read it, does it make a difference? The good news is that there are ways you can sign up and gain many more followers than if you just left it up to chance. There are actual tactics you can use to become more popular in Twitterland, and your friends here at HowStuffWorks.com are here to help you out.

Read on to find out 10 ways you can stop twittering into the abyss. 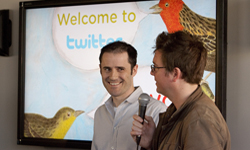 This suggestion is for aesthetic purposes, but having an avatar that looks unprofessional will only serve to make you appear unprofessional, and that's no way to increase the number of people following you. Since the avatar is simply a small picture to represent you, work within those means. In other words, don't try and squeeze in a picture of you and Mount Rushmore in the background or you in a room with your 14 cats. The point is for someone to see your face, so stick to that for best results. Make sure you crop the photo because it will end up being about the size of a quarter. Here's another tip -- upload a large image (450 by 450 pixels) to send to Twitter and let them shrink it for you. This way, if someone wants to zoom in and enlarge your image, it won't be a pixilated mess. Now that you have a nice, professional looking avatar, people will never be confused again about who you are or what you look like. 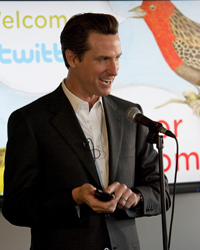 How can you expect anyone to follow you if they're asleep? Sending messages, or twittering, during peak hours gives you the best opportunity to be seen, or, rather, read. And that gives you better odds of someone enjoying whatever messages you're sending out and signing up as a follower. So what are the peak hours? There haven't been any studies performed yet, but the Washington, D.C.-based Internet marketing firm Abraham & Harrison have performed some Webinars along with Twitter and confirmed that 9 a.m., noon, 3 p.m. and 6 p.m. see heavy use. It's also an opportunity for you to experiment with your tweets and see when you're getting the best response. If you do find that between 9 a.m. and 6 p.m. in the United States, either East or West Coast time, gets you a lot of traffic and you live elsewhere in the world, structure you tweets around this schedule. It may not be the most convenient time for you, but if you're interested in gaining followers, you need to be around when the bulk of Twitter users are around. 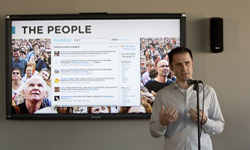 Unless you're already famous (and even if you are), creating an effective bio entry is a great way to attract followers. Nobody wants to follow someone whose bio reads, "I'm just a couch potato with a lot to say" or "I heart 'Dancing with the Stars' and that says it all." Because no, it doesn't say it all. Be creative, clever and intelligent when writing your bio. You want to sum up who you are in a short space, too, so don't go overboard with the prose. This is also a good place to plant URLs to any other sites you're looking to promote, such as your Facebook page or a blog landing page. But don't only include those links. A good mix of clever self-description mixed with your other links is a good bet to get people interested in what you have to say. If you feel like you can't sum up who you are, find a famous quote that does it for you. Someone might just be intrigued by your Timothy Leary or Ben Franklin quotation and give your account a second look. 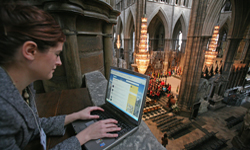 One good way to get noticed is to send something called an "@message" to top Twitter users. Here's how it works. If you and your friend both have Twitter accounts and you both follow each other, you can send direct messages to each other that aren't for public consumption. But you can also send "@messages" to anyone you want, whether you follow them or not, or they follow you or not. Got that? Here's where it gets good -- an "@message" is posted on your profile page for all to see. So if you wanted to send an "@message" to top Twitter user actor Ashton Kutcher, anybody visiting your profile would see it. Good luck getting Mr. Kutcher to send a tweet back to you, but that's not the point. But if he does feel the urge to re-tweet your message -- or broadcast it to all his followers -- 2.9 million people will see it (as of July 30, 2009). 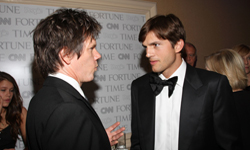 One great way to add followers is to get people engaged so they'll send you a tweet back. There's no better way to get people to respond than to pose questions. Facebook quizzes have shown that people are willing to respond to even the silliest of public opinion polls. So throw some questions on your Twitter and see if you can get people talking. Ask what people's favorite TV show is or who should win American Idol. If there's a hot news item, poll your followers. For instance, in May 2009 the swine flu grabbed headlines all over the world. Simply asking "Are you worried about swine flu?" on your Twitter could generate hundreds of responses from your followers. Each response is then seen by anyone who is following the responder, and that's a great way to increase your Twitter traffic. 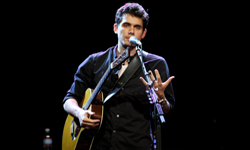 Singer and top 10 Twitterer John Mayer explains to fans why his Twitter account is worth following - LOL.
John Shearer/Getty Images

It's easy to get mired down with mundane posts when you're using Twitter. Detailing what you had for breakfast may be fun for your family and close friends, but it's not a good way to get or retain followers. But linking to interesting articles or Web sites is. Many Web sites and blogs are nothing more than a collection of links to the most fascinating, unusual or ground breaking information on the Internet. The Web site stumbledupon.com is just one example of sites that are simply large collections of Web recommendations. If you spend some time scouring these sites and others like it, and you make a habit of twittering about the cool stuff you find, you'll become a reliable source of information about the latest and greatest the Web has to offer -- a great way to gain followers. 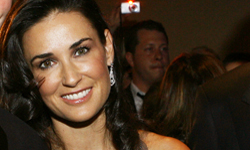 If Demi Moore is 12 spots behind her husband on the top Twitter list, does that make her 12 times less popular as a person?
Michael Tran/Getty Images

One sure way to get some followers is to get specific about what you want to accomplish with your tweets. Random tweets about everything under the sun can get you some followers, but having a more targeted audience in mind and playing to those followers is a better approach. If you have a lot of knowledge about something, anything, then go with that. Take knitting, for example. If you're a whiz with the yarn, make that your focus, call yourself an expert in the craft of knitting and run with it. It may be a smaller subset you're going after, but if you can become the foremost Twitterer on knitting, then you're bound to get some followers. Go to knitting Web sites and message boards and post answers to some of the most frequently posted questions. Respond to each and every inquiry you get, and before you know it, you'll be a Twitter expert and have more followers than you can shake a knitting needle at. 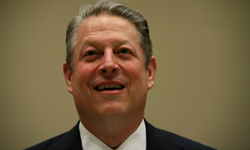 You'd think Al Gore would be higher than 20 on the Twitter list, since he invented the Internet and all.
Mark Wilson/Getty Images

This one may surprise you. You'd think that posting something more than once would only aggravate your followers. But if you're an avid tweeter, then chances are, your followers may not be reading each and every tweet you send out -- especially if you've disobeyed tip number nine and posted outside of peak hours. Repeat your best and most informative tweets several times during the day and see if you get an increase in followers. Who is reading your posts at the time can make all the difference in the world. Let's say you posted about a cool new iPhone application, and nobody said much. Twitter it again eight hours later and your luck may change. Don't overuse this method though. You don't want to become known for posting nothing but repeat messages. 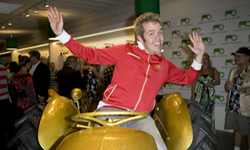 As of May 2009, nearly 800,000 people wanted to hear what this person had to say in 140 characters or less.
Michael Bezjian/Getty Images

A picture may be worth a thousand words, but in this case it just needs to be worth 140 characters. Everyone likes to look at pictures, and Twitter users are no different. Take the image of the US Airways flight 1549 that famously crashed into the Hudson River in January 2009. That image was posted and reposted on Twitter more than 350,000 times. If you were one of the early posters, then you had a good chance of picking up a lot of followers. If you're on the go and you have an iPhone, use applications like Tweetie and Twitterific to upload pictures wherever you are. 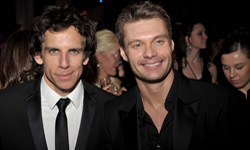 Did top Twitterer Ryan Seacrest send out a tweet about Ben Stiller's hair shortly after this photo was taken?
Lester Cohen/Getty Images

If you're connected enough to have a Twitter account, then chances are you use all kinds of other Internet outlets. You need to use every one of these to help promote your Twitter account. Post your Twitter information on your Facebook page. Post it on your blog. If you have accounts with Digg or a resume profile on LinkedIn, use those as well. You should even include your Twitter information as part of your e-mail signature. These are all essentially free ways to advertise whatever you bring to the Twitter table. Combine this method with some or all of the other nine tricks and you'll be one step ahead in trying to lure followers to your account.