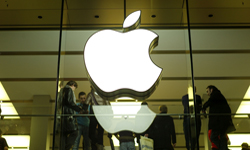 Venture capitalist and software pioneer Guy Kawasaki is probably best known for his evangelical work with computer giant Apple. He jumped on the Apple train in the mid-1980s, preaching its virtues to the masses before leaving and coming back again in 1995. Now Kawasaki is a noted author of books about software and business marketing, and also has a successful weblog called "How to Change the World: A practical blog for impractical people."

It's no surprise that Kawasaki embraced Twitter -- there are more than 23,000 posts on his account page as of April 2009. It should also come as no surprise that Kawasaki employs not one, but two ghost writers to fill in for him. The difference between Kawasaki and some other Twitterers who employ ghost writers is that he freely admits and embraces it. His ghost writers are used to help him market his appearances and other career related activities as well as providing general tech news posts. Sometimes they'll relay messages straight from the horse's mouth, but most times they're expected to be familiar enough with his vision to be able to tweet away without guidance.