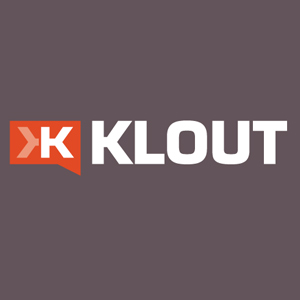 Wondering how influential you are in the social media realm? Klout claims that it can measure your impact.
Courtesy Klout

Gone are the days when we judged our influence-makers by, say, their actual influence.

Instead, we can now shrewdly decide who is the most important person in the (digital) room by cross-referencing Facebook friends with Twitter retweets. A middling celebrity is in your Google+ circle? Congratulations. You, my friend, are now going to get a lot of LinkedIn requests. And how do we know that? Because your Klout score is a glittering 81.

Klout is a kind of arbiter of social networking. Launched in 2008, the company looked at the growing influence of professional and personal networks and discovered there was a use for measuring one's digital cachet. By linking to your Facebook account, Twitter, Foursquare, Google+ and even Wikipedia, Klout can scan any mention of your name and activity on social network sites.

From there, it doesn't just tell you how many times you're mentioned -- it also informs you how valuable the content you create is to the larger fabric of digital society. From a score of one (seriously, do you have a computer?) to 100 (you might be Barack Obama), Klout will let you know if you're making an impact. Klout, in other words, is a network to assess how well you're networking.

And if that idea exhausts you (or inspires legitimate reflection that Facebook posts of last night's dinner aren't getting enough "likes"), then you're not alone. Klout has been skewered by critics as a useless, smug application designed for those who simply want to brag about how digitally flexible they are.

But Klout -- which reportedly has a few million users -- is a digital trend that isn't easily dismissed [source: McHugh]. Consider this: The software company Salesforce posted job openings sweetly requesting that candidates have a Klout score higher than 35. We're now beyond just asking for a clean criminal record or a background in accounting, I guess.

But what business is Klout really in, and how does one's score even add up? Find out on the next page.

So let's say we're signing up with Klout. You probably won't be surprised to learn that Klout can easily access your personal social networking data with a few swift "OKs" from you. But now that you have your number, how do you get it higher?

Klout is kind of like a credit check. While the service might give you helpful hints about what will hurt or harm your score, nobody can be entirely sure why their score is what it is. What we do know is that Klout says it uses 400 "signals" in an algorithm to show how important you are. Some of those signals are given more weight than others. For instance, while having a bajillion Facebook friends might be great, even more important is that your bajillion Facebook friends all comment or "like" the statuses you share.

The same goes for Twitter, Google+, LinkedIn and Foursquare. Sure, it's great to have people connected to you, but Klout's Web site is careful to point out that it's how people react to your digital content that ups your score. Just being active isn't going to make you important; Klout measures what they call "moments," or social media reactions that have gotten the most attention. Newer content is also going to get more Klout. There's a 90-day "rolling window," so not checking Facebook for three days won't kill you. But if you had a hit song with the tween set during the '80s, your one-hit-wonder status probably won't make you a Klout star unless you're leveraging it constantly on Twitter. (Which you should really be doing anyway.) In short, getting influential people to interact digitally with you will make your score go up.

And here's something else to keep in mind if you're despondent about your score: One small nip to that algorithm, and suddenly everyone who cultivated that sky-high score is a loser with no Klout. (It really happened in October 2011, and Klout CEO Joe Fernandez was derided so badly he tweeted that the Internet as a whole wanted to "punch me in the face" [source: Stevenson]. So it's best you don't put too much time and effort into it, right?

Well, not exactly. Because some businesses and people actually care. 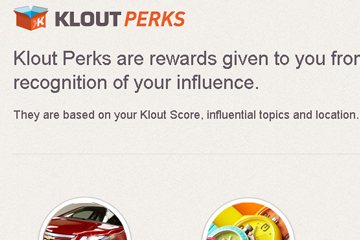 Klout may not have been around for too long, but it has done a bang-up job of courting controversy. From the moment it broke out, there's been a real sense of anger around not just the idea of Klout but also its practices.

First, we should acknowledge that lots of Internet and social media users simply find the idea of "judging" one's digital importance obnoxious, if not impossible. Several people have pointed out that it's possible to cheat the system by creating multiple accounts and thus being able to "game" your score pretty much makes most scores worthless [source: Chichester].

You can also do something sneaky with those accounts: give +K to yourself. Normally, you give +K (in other words, give Klout to) to someone who you see as influential. (You get 10 a day to hand out.) But if you have multiple accounts, you can just load your own Klout up. (This is also how Klout users have made conservative politician Rick Santorum a leading influencer on racism and homophobia.) In no time, you could have enough Klout for some Perks.

In one of the most significant controversies, it was discovered in 2011 that Klout was creating profiles for people not even registered to the service. Doesn't sound like that big of a deal, but when people started seeing their children listed as "influencers," concern arose. After a privacy policy change, Klout no longer creates profiles, but that doesn't mean it lets unregistered social network users off.

Let's just take it straight from Klout's privacy policy: "Our Services analyze data that is made available publicly through the Internet in order to measure influence and create a score ("Klout Score") for Internet users, including, but not limited to, our registered users" [source: Klout]. Get that? It means that if you have a public profile on Facebook or Twitter, guess what? Klout has given you a score. The unnerving part, for many, comes from knowing that a future employer can see your score. Even if you couldn't care less about your score (and aren't doing a thing to improve it), it appears for all intents and purposes to that employer that you're just no good at the digital future.

As you can see, controversies abound with Klout. To find out more information about how it works, find yourself making an impact on the next page.

As a person with a Klout score of 10 -- that is, probably the lowest score you can get if you have an obligatory Facebook page that you look at once every four months -- it's hard for me to take seriously the idea that all influence comes from retweets and likes. But the truth is, impact is now measured with Internet and viral savvy. Although I'm loath to admit it, Klout might be right. It's not who we are -- it's who we are online that counts.

How Do You Get Rid of Ads on Facebook?
Can the President Legally Delete a Tweet?
Are social networks good for job productivity?