How We Behave Online 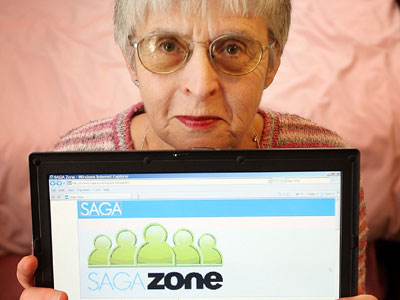 People of all ages use social networking sites. Studies show that, no matter our ages, we use these sites for one primary reason -- to maintain contact with people we already know. But there are still differences in how the various age groups use these sites. For example, teens tend to visit social networking sites more often than adults: Forty-eight percent visit their profiles at least once a day, compared to 37 percent for adults.

And no two social networks are alike. Each one targets and attracts different users -- some younger people, some older people. For example, Club Penguin is a social network designed specifically for children between the ages of six and 14. Kids make colorful avatars, upload drawings and chat with friends. The average age of a LinkedIn user, on the other hand, is 40 years old [source: Pew]. LinkedIn users visit the site for professional networking rather than purely social networking. Another site, called Eons, is a social network set up exclusively for baby boomers. Eons brings together people of a certain generation. The point is that you probably won't see a teen on Eons, and you won't see a baby boomer at Club Penguin.

The media suggests teens are destroying their futures by posting too much personal or inappropriate information and photos on social profiles -- information that could be dug up by future employers or university officials. Studies show, however, that most teens do think about privacy. They tend to make decisions on what to share and what not to share in context. For example, their interest in privacy varies depending on their age and gender and whether their parents view their profiles. The majority of teens also understand that, with some searching, profiles are easy to find [source: Pew]. However, other studies show that this understanding doesn't always translate into appropriate action [source: Levin et al].

Nevertheless, generally speaking, a teen's view of privacy is going to be much different than that of an older generation. From surveillance cameras to employers reading e-mails -- today's world affords us less privacy. If there's a generation gap online, it's how the different generations understand the concept of privacy.

In fact, some adults are reluctant to join a social networking site because they're afraid they'll do the wrong thing or embarrass themselves. What's the etiquette on these sites?