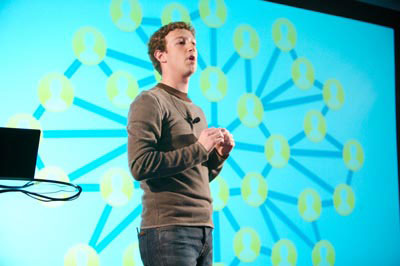 While the company began as the pet project for a group of Harvard students, today it calls Palo Alto, Calif., home (the company also has an office in New York). Facebook has more than 350 employees, and the benefits package sounds pretty sweet. It includes:

Facebook's popularity continues to grow day by day. The company claims that it has more than 57 million active members -- users who have logged onto Facebook over the last 30 day period -- on the site. Since January 2007, the average number of new registrations per day is 250,000. Facebook says that the number of active users doubles every six months. Members from the United States account for most of Facebook's population, followed by members in Canada and the United Kingdom.

Facebook also claims to be the No. 1 image-sharing service on the Internet, drawing more traffic than the second-, third- and fourth- place sites combined. In terms of image numbers, this means that Facebook receives more than 14 million uploaded images every day. Because there's no limit on how many images a member can upload and new members arrive at Facebook every day, this number will likely continue to rise exponentially.

Because it is so popular and heavily trafficked, Facebook requires massive amounts of storage space, both in a digital and physical sense. According to one Facebook employee, the company relies on around 200 memcached servers for production (day-to-day operation of the site) and a few more for developmental purposes [source: Grimm]. "Memcached" stands for memory caching, a method of temporarily storing data. A memcached server temporarily stores information in the server's memory, reducing the need to search a database for information. This decreases the amount of time it takes between a request for information and the delivery of that data.

Facebook also uses custom-built servers for back-end operations and a monitoring system to keep track of all the servers. Servers take up space, so Facebook leases facilities from vendors for server storage. In 2007, Facebook signed an agreement with DuPont Fabros Technology (DFT) to lease 10,000 square feet of space in an Ashburn, Va., storage center [source: Data Center Knowledge].

So how does Facebook make enough money to cover its expenses? It generates some revenue by selling web advertising space, but the majority of its funding comes from private investors. According to Facebook, it has received more than $40 million in funding since it launched in 2004.