Browse the article How FriendFeed Works 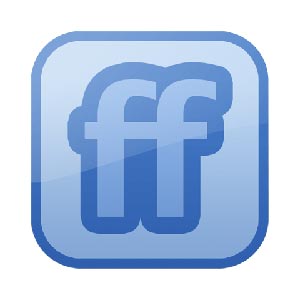 Can't balance your social life on the Internet? FriendFeed is a social network aggregator that collects your friends' information across several sites. See more pictures of popular websites.
FriendFeed

Not too long ago, it seemed as if MySpace was the only major social networking site around. Sure, there were other similar sites that grew up alongside it, like Friendster, but for a while MySpace was by far the biggest and most popular place for people in search of online communities to go to. At its peak, MySpace claimed a share of 4.5 percent of all U.S. Internet visits and had more than 75 million unique users [source: Kirkpatrick].

But nowadays, with Facebook on top with a self-reported 150 million users worldwide (and growing) and MySpace unique users on the decline, the social media playground is a much different place. New sites dedicated to linking users in and providing a place for people to create profiles and content seem to pop up every day -- each with a slightly different function. And the list continues to grow. Microblogging sites like Twitter offer users short bursts of quick communication and easy ways to network. Image sites like YouTube and Flickr allow members to organize and share their videos and photos. Tons of recommendation sites like Digg.com, Del.icio.us and StumbleUpon.com serve as online centers for sharing news stories and other interesting finds from the Web.

If many or all of these sites offer something that interests you, it can be a lot to keep track of. Even if you were to bookmark every single site, navigating among each one is a labyrinthine task. Most also require you to create a personal profile -- which is great if you want to communicate with your friends and save information, but logging in and out of each one to check updates and see what your friends are up to could get confusing and time consuming.

In an attempt to solve this conundrum, social Web site aggregators have arisen. Aggregators typically collect information from multiple sites and display it in one easy-to-read feed. One aggregator in particular, known as FriendFeed, has caught the attention of social networking fans and appears to be gaining in popularity.

So, what exactly can you do with FriendFeed, and what makes it a useful tool? Find out on the next page. 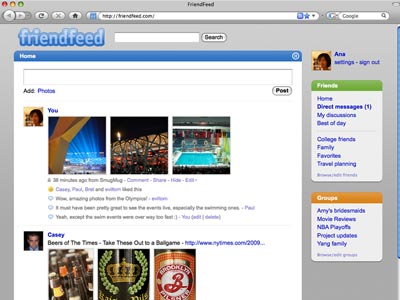 First of all, before you think about using FriendFeed, you should consider how social you are on the Web. If you just have a Facebook profile and that's it, FriendFeed wouldn't provide much help for you, since all you'd need to keep up with friends is the News Feed provided by Facebook's homepage. But if you have several accounts and want to use one source to share with friends, FriendFeed may prove useful.

There are several kinds of social networking feeds available over the Internet: Some are desktop applications that you install onto your computer, some you can download onto your mobile phone and others are simply Web-based. FriendFeed is a Web-based service -- there's nothing to download or add, you just visit the site's address. To get started with FriendFeed, you can do one of two things. You can either sign up, simply by providing your name, a username, a password and your e-mail address, or you can sign up directly and with one click through Facebook, Google or Twitter accounts. With the latter option, you're allowing FriendFeed to pull the information you've already provided for your profiles.

Once you're signed up, connecting with friends is the next step and, of course, the whole point of FriendFeed. You can find other friends using FriendFeed by searching for a name or an e-mail address -- there's a green "Friends" box that you can click on to start. Once you find someone you'd like to follow, you "subscribe" to that friend, much like how Twitter users subscribe to other Twitter accounts or blog readers subscribe to RSS feeds. If you have friends on services like Facebook and Twitter that are also on FriendFeed, you can automatically import them. You can also invite friends who aren't using FriendFeed with e-mail invitations.

Adding as many services as possible is helpful on FriendFeed, which you can do from the "Setting" link. By clicking "add/edit" next to "Services," a list of sites compatible with FriendFeed will show up and you can select from that list. If a blog you follow doesn't show up, you can still add it as long as it uses an RSS or Atom feed.

Posting something is also easy. You can post links or text directly onto FriendFeed or the service can pull updates from your long list of social networking sites directly. It's customizable, so you can control the type of information you send out or what posts you'd like to see. 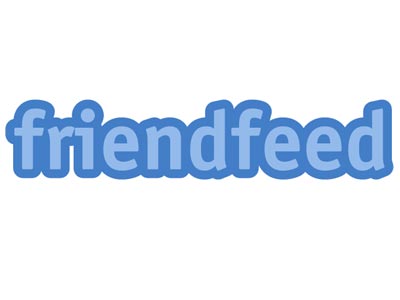 FriendFeed can consolidate your social media information into one place.
FriendFeed

The whole point of FriendFeed is, of course, to pump relevant information from various social networking sites into one convenient stop. If it seems too time consuming to log into a long list of Web sites, one after another, just to sift through all the latest gossip from your friends or find the most interesting articles of the day, FriendFeed hooks into as many of these places as possible and puts it all onto one continuous feed.

The information you want to send out, receive and control is completely customizable. In other words, you can make your information public or private. FriendFeed can pull automatically from more than 50 major sites, including popular ones like Facebook, Twitter, Flickr, YouTube and various blogs, too. The site works in real time, so that link you just shared on Facebook -- it's already up on FriendFeed and circulating quickly among your friends.

So are there any downsides to FriendFeed? Well, one thing some users have complained of is an overly simplistic layout and an "under construction" look, although with several parts of the site in beta release, we may see a more polished presentation soon enough. However, the point of a social networking aggregator, of course, is to simplify and consolidate information, so a "less is more" approach might work best for users in the end.

Some bloggers are also concerned that services like FriendFeed could take away page views from their sites since users can simply post comments directly on FriendFeed's interface instead of going over to the actual blog. And others don't think the hype for FriendFeed's service is totally justified, especially since there are several other social networking aggregators out there that can bring together people's disparate online communities in similar fashion. It's simply a matter of choosing which service fits your needs and works the best.

For more information about social networking and other related topics, follow that links on the next page.