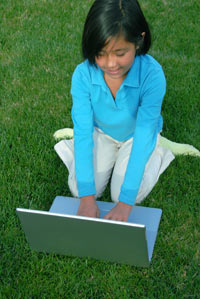 MySpace requires users to be 14, but there are ways around that rule.
© Photographer: 0tkr0yte | Agency: Dreamstime

In addition to the discovery that at least seven nonviolent sexual assaults on minors could be traced to meetings on MySpace, at least one murder has been linked to initial contact on the Web site. While these problems are in no way exclusive to MySpace -- the Internet in general is a playground for predators by nature of its anonymity -- the press has latched on to MySpace in particular because a lot of its users are under 18 and the site doesn't verify users' identities.

The site does have rules in place intended to protect its users. You have to be 14 or older to register, and if you're younger than 16, only people in your Friend Space can access your profile. But kids lie about their age when they register, and so do people who are looking for underage sex partners.

So MySpace finds itself in something of a Catch-22. A big part of the reason that MySpace is so successful is its "hey, whatever" openness. If the site employs identity-verification procedures, it will probably chase off the predators and the kids who are lying about their age. It will also potentially alienate a lot of the legitimate users who just want a cool place to hang out online without being asked for a credit card or social security number.

According to MySpace representatives, the company dedicates one-third of its 175-person workforce to policing profiles for inaccuracies, although it's unclear whether that began before or after the media started referring to MySpace as "a parent's nightmare." These employees are looking for age discrepancies (matching stated ages with pictures), other profile "errors" and inappropriate material that might be accessed by underage users. The MySpace "Safety Tips" section asks users to report MySpace users who appear to be younger than 14. It also offers good advice that you'd find on any other social-networking or online-dating Web site:

On April 11, 2006, MySpace announced that it had hired a former federal prosecutor to be its first-ever chief security officer. MySpace says it is also working with WiredSafety.org to implement additional safety procedures on the site. But the cat's out of the bag. In the corporate advertising world, the revelation that your anonymous, full-of-teenagers Web site is attracting sexual predators is probably in the realm of catching Kate Moss with a straw in her nose -- sure, nobody's genuinely surprised, but having proof is a different story. MySpace has taken an active approach to solving its image problem by effectively banning 29,000 registered sex offenders from the site.

There's no doubt that MySpace is popular -- so popular that people want to be able to take their MySpace with them -- and now they can with MySpace Mobile. Read on to find out about MySpace Mobile and an another highly anticipated recent application, MySpace IM. ­­