Most of us are familiar with the trope of online comments. They are antagonistic. They are ill-informed. They are — like the ubiquitous "first!" that is actually the third comment — often just plain wrong.

Of course, that's the ugly side of commenting. There's also the hope that comments provide a community, a discourse and a way of challenging and continuing discussion.

Some news organizations — those that champion the importance of community engagement and conversation with the press — have grown weary of commenting sections in recent years, and multiple high-profile sites have deleted them entirely. Popular Science, The Chicago Sun-Times, CNN.com, some Vice sites — all have decided in one way or another that comments just weren't working. (HowStuffWorks turned off its comments in 2014.)

So when NPR.org decided to drop their comments in August 2016, it wasn't a revolutionary idea. But as a prominent, publicly funded news organization, it does signal that the commenting systems in place since the dawn of the internet might need some modification. Or in this case, moderating.

Gina Chen is an assistant professor in the School of Journalism at the University of Texas at Austin, and she's working on a book titled "Online Incivility And Public Debate: Nasty Talk" about online commenting. She says that research has shown there are a few ways to improve comments and discussion on public news forums, without throwing the whole commenting system out.

One solution? "Moderation works," says Chen. After analyzing comments from different news organizations, she found that The New York Times had the most civil comment streams, even though the paper allowed anonymity for commentators. "Part of that is because they really vigorously moderate," she says. "They have dedicated staff. The problem is, not every news organization can afford to do that."

NPR management certainly cites cost as a problem in their commenting system, but also says there's another reason they abandoned the comments: Only 0.06 percent of NPR.org users are the ones who are making comments.

Chen says that's actually a typical representation of the commenting population and argues it's not a strong reason to disable all comments.

"That's not ever going to change," Chen says. "You're never going to have 100 percent or even 10 percent participation in comment streams." She also points out that speaking out is only one form of participation: "I think we do derive something from reading what other people have to say. It doesn't mean that no one is reading them."

And although NPR and other organizations may cite a plethora of reasons, including a more engaged audience on social media platforms such as Facebook and Twitter, let's not forget why many of us roll our eyes at comments and even want them gone. "I suspect it really has to do with incivility," says Chen.

The journalism professor does point out there are ways to counteract that incivility. Beyond a strong moderating presence, she points out that a specialized technological platform that allows for easy flagging and up voting can help elevate discourse. And research done by Chen and colleagues suggests that when journalists are actively engaging in comments, it sets a better tone. And, in fact, some news organizations do turn on comments selectively for stories where they feel a spirited, quality debate can be had.

In general, Chen thinks it's unfortunate that news organizations are disabling comments. "I think there's a legitimate problem with comments, but it's a fixable problem," she says. And although she acknowledges that the discussions aren't always pretty, "there is value in having those discussions. I'd rather err on the side of speech than not-speech."

NOW THAT'S INTERESTING
One interesting wrinkle in NPR's disabling of comments is that when the commenting platform was removed, all the comments went with them. It's a sticky point in journalism to remove stories, and deciding whether comments are in a private or public space is going to be an ongoing issue.

This Killer Whale Submarine Can Be Yours

The World's Most Trafficked Mammal Just Got New International Protections 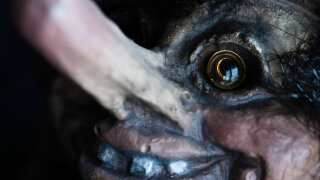 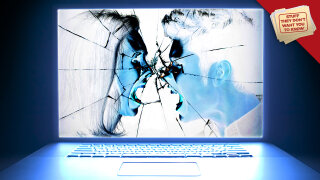 Stuff They Don't Want You to Know Video: Why You Can't Win an Argument Online