The Ultimate Social Network Is … the White House?

If you have spent even a minute on social media recently, you know that political campaigns from all parties are constantly flooding social channels. But you might not have realized that today's White House is plugged into all these channels, too, and they're definitely not digital rookies.

The White House has actively recruited tech superstars to drive new and innovative approaches to connecting all aspects of government and communication. And although many constituents still call or write letters, the White House has embraced new platforms to both communicate with U.S. citizens — and to listen to them.

That means serving at the president's request is no longer reserved for former government officials or private sector leaders. A new digital ‘Tour of Duty' has come to the White House in the form of recruiting tech leaders to instill a new way of digital-first communication.

In 2015, Jason Goldman, formerly of Twitter, Medium and Blogger, was hired as the first chief digital officer for the White House. Former Google exec Megan Smith also came on board in 2015, as U.S. chief technology officer. Both roles would not have been considered as critical even a few years ago. But new platforms, such as the ‘We the People' petition website, offer a digital method for citizens to petition their government. A reach that doesn't seem so far away anymore.

President Obama and the White House have embraced the bigger social media platforms such as Twitter and Facebook, but have also pushed into more millennial-focused platforms such as Snapchat and Instagram. Snapchat alone reaches 100 million users on their smartphones, with 60 percent primarily in the 13 to 34 age group, so this move makes sense.

Being active in the platforms most preferred by the country's constituents has created endless forms and formats of messaging. From live video on Facebook to weekly YouTube shows such as "West Wing II," the administration is navigating in new territory for a sitting president.

But let's not forget about phone calls, letters and emails as methods for communicating with the White House. Small but enthusiastic teams open every letter, answer every call and organize every email that comes into the White House. And many do! Of those cartons and cartons of letters, 10 letters, both good and bad, are shared with the president each day, who personally responds to them.

A glimpse inside the White House switchboard room
HowStuffWorks

HowStuffWorks was invited to the White House to learn more about how new ways of thinking digitally are creating new pathways of communication and openness for a whole generation of digital natives. Though the HowStuffWorks team lives and breathes social and digital every day, even we were surprised at the level of sophistication and connectedness the White House is driving in 2016.

Are Motorized 'Spermbots' the Answer to Male Infertility?

Are Motorized 'Spermbots' the Answer to Male Infertility? 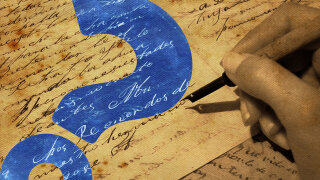 Fw:Thinking Video: What if the President Were a Robot?

The Right Glass Could Make Your Wine Taste Better
March 30, 2020

Nematodes: Do We Still Need to Worry About Roundworms and Bare Feet?
March 30, 2020