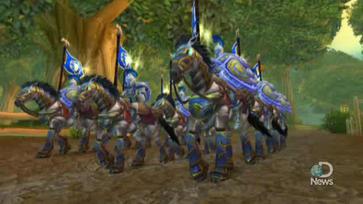 Social media Web sites, online gaming and ubiquitous mobile technology: Who's to say we're not already living in a virtual landscape like the one depicted in "Tron: Legacy"?
Discovery

We do a lot with Facebook. We schedule events, investigate potential boyfriends and girlfriends, and look up old high school classmates to see what they've done with their lives. But more importantly, we stay in touch with friends and family and share photos. Twitter doesn't serve the same role: Though both are social networks, Twitter is about reaching out to an audience and sharing interesting information. It's about expanding your social circle in the interest of self-promotion or brand promotion, or following the developments of industries you're invested in.

Many of us use both, which makes sense -- they fill different roles and let us connect with different people. But this can present a problem: What if we want to send a message out to our followers on Twitter and our friends on Facebook? Posting on each site manually will get old very, very quickly. The solution: Post a single message on both networks simultaneously! Because Twitter messages can only be 140 characters long, pushing short Twitter messages to Facebook makes more sense than doing the opposite.

If there's a better Twitter client than TweetDeck, Twitter itself probably doesn't know about it -- the company paid about $50 million to buy TweetDeck in May 2011 [source: Valentino-DeVries]. It's easy to see why people use TweetDeck -- the client can be used on computers, mobile devices and the Web and offers a number of tools to make tweeting easier. Followed Twitter accounts can be split into different groups with unique notification options, posts can be scheduled in advance, and URL shorteners and media uploads are baked right into the interface. And, of course, there's the tool that gives TweetDeck its place in this article: Facebook support.

TweetDeck's hardly the only application that merges social networks into a single, easy-to-use interface. HootSuite supports the same services, plus a few more, and offers a combined social media dashboard that allows you to manage all your feeds simultaneously, as well as mobile apps for iPhone and iPad, Android and Blackberry. Another TweetDeck competitor, Seesmic, offers the same widespread integration and the ability to post messages to a single account or multiple profiles. While all three programs can be installed as standalone applications on various platforms, they're also accessible via the Web. If you use TweetDeck, HootSuite or Seesmic, there's little reason to ever go to Twitter's official Web site.

Products like TweetDeck and Seesmic primarily exist to make life more convenient. Posting messages to Facebook and Twitter independently really isn't that difficult, but doing both at once is easier. Just remember that Twitter and Facebook are different social networks -- messages aimed at your family probably don't need to go out over Twitter. Know your audience, find the app that's right for you, and make sure you know how to post a perfect tweet. You're set!