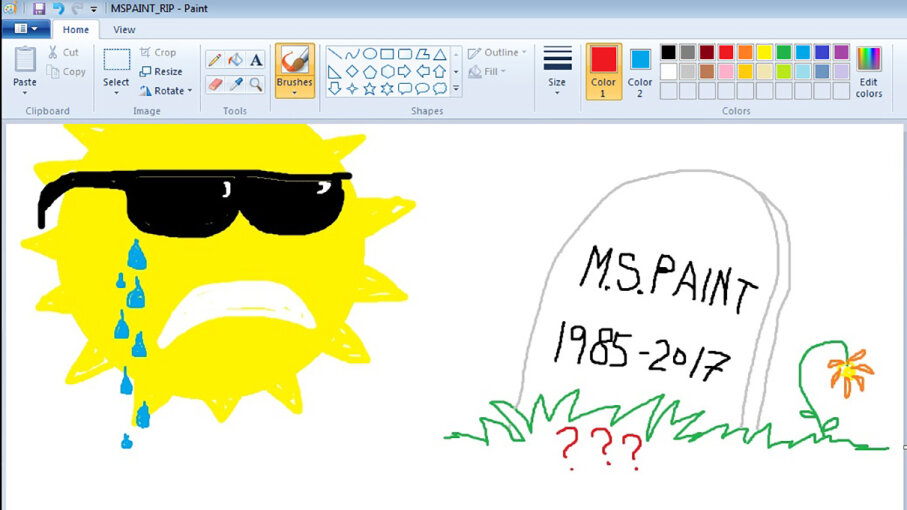 Yesterday, news broke that Microsoft was discontinuing the application MS Paint, which has been part of the Windows platform for 32 years. It was included as part of Windows 1.0 and has found its way into every update since. The next version of Windows 10, called Autumn, will not include the venerable app. Predictably, people on the internet had something to say about it.

Including some big brands that bemoaned the loss of another promotional tool.

And some people just wanted to celebrate the stuff others had created using the program.

But fear not, oh pixel slingers, for Microsoft has heard your hue and cry! The company now says that Paint will remain available -- it's just not packaged with the Windows OS. To get Paint, you just need to brush up on your web navigation skills and canvas the Microsoft Store. There, you'll find the beloved app available to download for free – though the company won't support new development updates for the program; and two-dimensional paint capabilities will be built into the upcoming Paint 3D art application, which will be regularly updated.