by Josh Briggs
NEXT PAGE 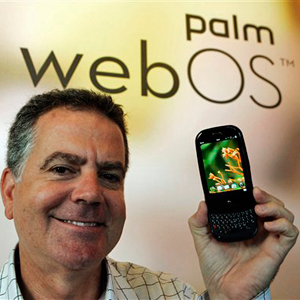 In the mid to late 1990s, if you were a savvy gadget user, you probably carried around a personal digital assistant, or PDA. The Palm Pilot 1000, first introduced in 1996, set off a craze in the world of must-have gadgets [source: Palm]. It seemed the next plausible step in personal computing -- now, people could have a miniature computer in their pockets. Around the same time, something else was going on that would change the way humans communicate. Cellular phones, originally born out of weapons technology and once supremely cumbersome, were now cost effective and compact enough for the masses.

Fast forward a few years to 2002 and the Palm Treo 180 from Handspring took gadgets to a whole new level. The Treo 180 essentially defined what is now known as the smartphone. It combined a PDA and a phone into a stylish package that could browse the Internet, handle e-mail and other functions you regularly perform on your PC. Handspring and Palm eventually merged and the smartphone revolution was off and running.

What makes a smartphone so dynamic is its ability to perform so many tasks. That's because a well-designed smartphone runs on an operating system similar to those in a PC. Apple iPhone OS, RIM Blackberry, Google Android, Microsoft Windows Mobile and Symbian are all systems fighting for smartphone supremacy. Palm's latest entry into the foray is webOS.

WebOS is Palm's replacement for its aging Palm OS, the system used by the Treo and Centro smartphones. Developed to satisfy the creative needs of today's multitasking users, webOS is designed to operate with Palm's newest generation of smartphones, which includes the Pre and Pixi.

When the Palm Pre was released, many tech journalists began talking about the device as an "iPhone killer." But it actually may be better suited for enterprise use and more of a competitor for the BlackBerry. Palm is promoting the OS as business-savvy, though its App Catalog -- the equivalent of Apple's App Store -- includes entertainment programs as well. If the new operating system sells well with both business users and consumers, Palm will be happy indeed.

So what sets the Palm webOS apart from the others? On the next page, we'll take a look.