WebOS and the Palm Revival 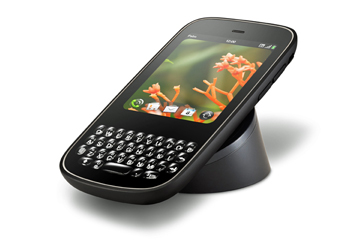 The Palm Pixi is the second smartphone to run the webOS after the Pre.
Courtesy Palm

When Apple introduced the iPhone in June 2007, it sent the rest of the industry scrambling. At the time, RIM Blackberry and Symbian had the majority of the smartphone market. That's still the case but over the past year, Apple has clearly emerged as a leader in the segment. What's more, the iPhone helped make smartphones popular in the consumer market, and not just for enterprise customers. Despite being offered by just one carrier (AT&T), Apple's iPhone has already carved out its niche and the company is looking for more.

From the second quarter of 2008 to the same period in 2009, Apple's smartphone market share grew from 2.1 percent to 13.7 percent. Sales increased from 700,000 to 5.7 million units for a 626.9 percent growth [source: Canalys]. In the meantime, Apple passed the market leader, Microsoft Windows Mobile, which dropped from 14.3 to 9 percent. Google's Android operating system captured 2.2 percent of the market in its first time out. And then there's Palm. So what does a company that revolutionized the smartphone need to do to recapture its magic? The brass at Palm hope the answer lies in the Pre and other phones powered by the webOS.

What made iPhone so popular is its display and touch screen interface, which improved its smoothness of operation. The proof is in the numbers. The percentage of smartphones with touch-screen interfaces made up 39.6 percent of the market in the second quarter of 2009. That's up from 11.7 percent the year before [source: Canalys]. Palm hopes to reap rewards from this trend, too. With a touch-screen interface, the Pre was designed to make the most of the WebOS platform.

Launched in June 2009, Palm sold an estimated 50,000 Pres during its opening weekend (June 6-7, 2009) [source: Elmer-DeWitt]. As of June 24, those numbers rose to an estimated 150,000. As it stands, Palm falls in the dreaded "other" category when looked at for market share. But the Pre may change that. As of the second quarter of 2009, Palm had acquired 3.3 percent of the total global market share.

Something else that may help Palm recapture its place among the smartphone elite is the Pixi. Touted as a little brother to the Pre, the Pixi is smaller, slimmer and lighter and lacks some of the features of its older sibling. It doesn't have WiFi or GPS but still reaps the benefits of the webOS [source: Mies]. The screen is also a bit smaller, 2.63 inches (6.7 centimeters) versus the Pre's 3.1-inch (7.9-centimeter) display, and while Palm hadn't put a price tag on the new phone as of this writing, speculation is it could come in around the $100 mark. Like the Pre, the Pixi will be offered on Sprint exclusively. That hasn't hurt Apple, but Palm could chose to offer webOS to other carriers. It may be necessary -- in fact, that's how RIM and Symbian have managed to hold on to their market share.

Well, you've learned what webOS can do. How about what it can't do, or rather, what Apple has done to ensure it can't do. After all, what would gadget technology be without a good old-fashioned cat fight between competitors? That's exactly what's been going on between Apple and Palm since Pre's introduction. The next section gets into that aspect in detail and answers the question of whether you can or can't sync webOS hardware with iTunes.