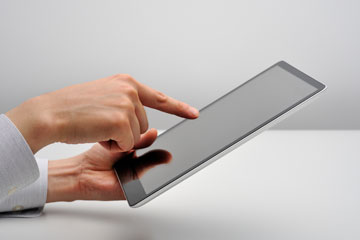 Some companies dominate an emerging market so quickly and completely that their trademarked name becomes synonymous with the general product. It's common to hear "Xerox" for photocopy, "Kleenex" for tissue, "Tylenol" for acetaminophen and "Band Aid" for adhesive bandage. Another trademark that has forged a place in common parlance is "Photoshopped."

Photoshop, offered by Adobe, has been the premier image editing software for professionals for more than two decades. That isn't a small feat in the competitive and fast-advancing computer age we live in. The software allows amateurs and professionals alike to create images and manipulate both scanned art and digital images. Among scores of other features, Photoshop allows users to add text, crop out sections, manipulate color and brightness, and extract the foreground from the background. With some practice, the average user can blur the background, clear up facial blemishes for a Facebook profile picture, brighten dark photos or even add a vintage tint. But serious photographers and graphic design professionals very adept at the software can do much more, such as changing color tones and saturations, blending multiple "layers" of an image and accomplishing detailed pixel-level editing.

Meanwhile, in the past few years, tablets have exploded in popularity as portable computers with touch-screens used mainly for news, video and social media. Software engineers are testing the limits of what applications and functionality these tablets can offer, including image editing.

Hence, Adobe came out with Photoshop Touch, a tablet version of their famous image editing software available for the iPad 2 and Android devices. (It isn't available for the original iPad.) Professionals won't exactly be throwing out their desktops quite yet, as this tablet version can't do as much as the full version. Nevertheless, it can do quite a lot.

On the next page, we'll discuss what the critics are saying about Photoshop Touch, and what the application can and can't do. 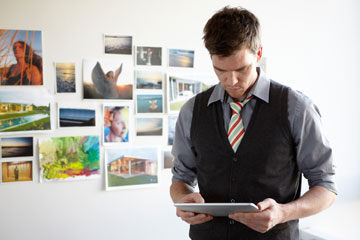