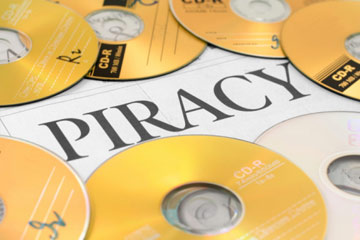 In 1998, United States President Bill Clinton signed the Digital Millennium Copyright Act (DMCA) into law. The purpose of the legislation was to bolster protection of copyright in a world where piracy and copyright infringement is easier than ever. If you wanted to sell illegal copies of a book 500 years ago, you had to have access to a printing press or have a lot of spare time and immaculate handwriting. These days, a couple of clicks with a mouse can net you an author's entire bibliography in a few moments. Just pop on the Internet and you can distribute those works to millions of people. Piracy has become a very big deal.

While the DMCA gives copyright holders some protection, there are limits to its scope. That's not necessarily a bad thing -- some limitations protect innocent parties. For example, under the DMCA, sites like YouTube are protected if users upload material that infringes upon some other entity's intellectual property. In these cases, the sites are providing a service rather than the content itself.

But there are other limitations to the DMCA that have inspired lawmakers to propose new legislation to fill in some gaps. One big problem is that the Internet is global. When you visit a Web site, the server that hosts the files you're viewing could be on the other side of the world. The United States government has no jurisdiction over computers that exist outside its borders. So how can a copyright holder pursue a complaint if someone in another country steals intellectual property?

In 2011, Senator Patrick Leahy introduced an act in the United States Senate called Preventing Real Online Threats to Economic Creativity and Theft of Intellectual Property (Protect IP). The purpose of this act is to target Web sites hosted on servers outside the jurisdiction of the United States that perpetuate piracy of United States goods.

Let's take a look at how this proposed legislation tries to combat the problem of piracy.

The Nuts and Bolts of Protect IP

Assuming the site fits the criteria, the attorney general would then notify the site of the alleged violation. That's assuming it's possible to track down an address, physical or otherwise, for the site's registrant. But what if a sternly worded notice from a U.S.official isn't enough to convince a Web site to abandon its allegedly wanton ways?

Protect IP would require domain name servers to prevent these domain names from resolving to the proper IP addresses. If you tried to navigate to such a site, you might get an error message or even be redirected to a different site -- perhaps the site of a law enforcement agency like the Federal Bureau of Investigation (FBI).

The Department of Justice could also notify financial transaction providers like PayPal or Internet advertising services of the violation and require these companies to cut off payments from people within the United States to the sites. The goal is to deprive piracy sites of revenue so that it's not profitable to host pirated content.

These actions might upset users within the United States. The legislation would protect companies that comply with Protect IP from lawsuits brought against them by users. And if a company resists following the instructions set under Protect IP, it could become the target of the attorney general and be subject to fines.

Many people have criticized Protect IP and the similarly-designed Stop Online Piracy Act (SOPA). In our next section, we'll learn why. 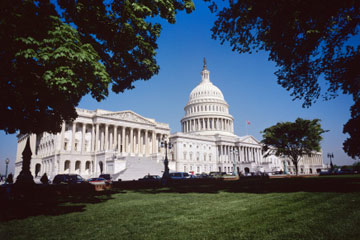 The Fate of Protect IP

In May 2011, the Senate Judiciary Committee approved Protect IP in a unanimous vote. The next move for the legislation was to go to the Senate floor for a general vote. But it faced an opponent -- Senator Ron Wyden of Oregon. Senator Wyden expressed concerns that the bill would harm innovation, hurt the job market and cause other unintended consequences that could do more harm than good. He decided to place a hold on the legislation, delaying the vote until 2012.

As 2011 drew to an end, Wyden renewed his commitment to fighting Protect IP. He said he would filibuster the bill. But what does that mean?

Senate Majority Leader Henry Reid would first have to move the bill toward a vote on the Senate floor, which is called cloture. Cloture creates a 30-hour time limit for debate on a subject, after which at least three-fifths of the Senate must vote in favor to end debate in order to move on to voting on the legislation. If after 30 hours, three-fifths of the Senators don't vote to end debate, the debate could continue indefinitely. If he filibusters, Wyden and senators who feel the same about Protect IP as he does could take up that time saying anything they like, including reading every name off a petition signed by thousands of citizens opposing Protect IP.

At the start of 2012, 40 senators had signed on support for Protect IP. To get the three-fifths majority needed to invoke cloture, at least 20 more senators would have to add support. Without that support, it's likely that the bill would go back into a committee for edits and markups. It could also simply fade away.

In the end, it's clear that piracy is a problem. It definitely impacts revenue even though the actual dollar amount may be impossible to determine. The companies and organizations that lobby the government for legislation protecting them from piracy aren't going to give up if Protect IP fails. It falls to senators and representatives to learn as much as they can about how the Internet works so that they can make the right decisions. It also falls to U.S. citizens letting their own opinions be known by contacting their respective Senators and Representatives.

To learn more about the U.S. government, the Internet and censorship, follow the links on the next page.

On Jan. 14, 2012, the Obama administration sent out a press release stating the president would not support any bill that would compromise Internet security or harm innovation through the threat of censorship. The administration mentioned three specific pieces of proposed legislation: the Stop Online Piracy Act (SOPA), the Online Protection and Digital ENforcement Act (OPEN) and Protect IP.