We Just Got Closer to Creating Unbreakable Quantum Enigma Machines

by Patrick J. Kiger Aug 12, 2016
An encryption machine based on quantum computing would use photons to transmit information. Alfred Pasieka/Science Photo Library/Getty Images

During World War II, the German military used a ciphering tool called the Enigma Machine to send secret messages. The device, which looked like an oversized typewriter, ran messages back and forth through a series of rotors with thousands of different combinations. It created a sort of gibberish that, when transmitted over telegraph or radio lines, could only be deciphered by an Enigma receiver that had the same settings on the other side. Or, at least, that's the way it worked, until an intrepid team of British codebreakers led by mathematician Alan Turing and colleague Gordon Welchman invented a machine called the Bombe, which could read Enigma messages.

That's been the problem with encryption technologies — no matter how secure they seem to be, sooner or later, someone always seems to come up with a way to crack them. Indeed, secrets seem more vulnerable than ever, now that government security agencies (and presumably codebreakers from other countries) have supercomputers at their disposal.

But what if there was a way to send a code that couldn't be deciphered, no matter how much computing power and ingenuity was directed against it? Back in 1949, American mathematician Claude Shannon wrote a paper entitled "Communication Theory of Secrecy Systems," which argued that it would be possible to send a totally secure coded message, provided that used a one-time, randomly-generated encryption key that bore no relation to the text. Even if someone used brute computing force to break the encryption, they'd only end up with a lot of different possible messages, with no idea as to which was the one you had sent. The one big flaw of Shannon's technique was that the encryption key had to be at least as long as the message itself, which would be kind of, well, unwieldy.

A few years ago, though, Massachusetts Institute of Technology professor Seth Lloyd came up with a particularly ingenious brainstorm. What if, instead of electricity and rotors that change positions, an enigma machine utilized photons, the elementary particle of light and other forms of electromagnetic energy? According to quantum physics, photons have the ability to follow two paths at once. As this 2013 New Scientist article explains, that would change Shannon's equation, and make it so that increasing the information wouldn't weaken the encryption — i.e., it would be possible to send messages that were longer than the encryption key.

Now, researchers have taken Lloyd's idea a bit further. In not just one, but two separate papers accepted for publication on the same day in the journal Physical Review A, the scientists have provided proof of concept — that is, experimental evidence that a quantum enigma machine would work.

"We experimentally demonstrated quantum data locking, an effect that has no classical analogue with a device we believe can be made information theoretically secure in the form of a quantum enigma machine," says Daniel Lum, a graduate research assistant at the University of Rochester and lead author on one of the papers.

But that doesn't mean spy agencies are going to rush out and start building quantum enigma machines right away. There's a lot of work that would need to be done to turn the lab experiment into a practical quantum enigma machine, Lum says. For example, he and his colleagues used an experimental setup that transmitted photons through the air, which wouldn't work so well in the outside world. "Any atmospheric loss or turbulence is a nightmare to account for and correct," he says.

That means that quantum enigma machines would need to use optical fiber for transmission, a method that Lum and his colleagues detail in their paper. "However, getting the losses with an optical fiber low enough for practical communication is another problem in itself," he says. "Transmitting classical information encoded directly onto quantum states is a very difficult problem that many people feel is not practical."

If we can eventually overcome the problems of setting up such a quantum communication channel, though, says Lum, "it would mean there exists the ability of transmitting completely secure data — information theoretically secure — with much greater efficiency that what is currently defined by classical information theory."

And if that does happen, scientists may have to find a way to clone Alan Turing to crack it this new code.

Now That's Cool
Turing and his colleagues essentially cracked Enigma by adding information to the Germans' messages, through educated guesses about their content. That enabled them to reduce the strength of the encryption key.

Nothing to Sneeze at: Allergies May Affect the Brain

More Signs Point to Venus as Habitable in its Distant Past 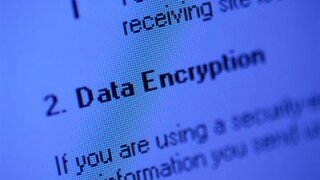 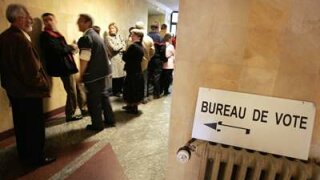 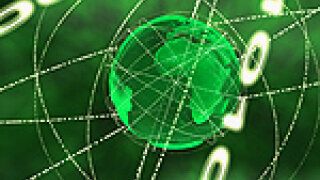