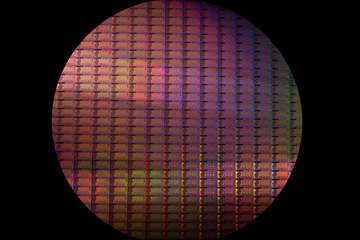 It turns out that many computer processes are made up of smaller computational problems called parallel problems. Imagine a room that has a genius and four smart -- but not genius -- math students. You give the genius a sheet of four math problems to solve. You give each of the four smart students one of the math problems. While the genius might solve a single problem faster than any of the four smart students, collectively the students will finish before the genius. That's the idea behind multicore processors -- individually, they may be slower than a powerful single-core processor. But collectively, they're more efficient for lots of computer problems.

In addition to the multiple cores, each core itself can handle two threads of data. Intel included multithreading in the Nehalem microarchitecture and carried it over into Sandy Bridge. Intel now calls the technology Hyper-Threading. Multithreading depends heavily on software developers creating programs that can take advantage of the feature. With the right application, a single core can handle two threads of data, in effect doubling the processing power of the chip for those applications.

Each core in a Sandy Bridge chip has two levels of individual cache memory -- that means the cores can store some data within the processor itself to refer to while making computations. A third level of cache memory, called the last-level cache, is a shared resource. The cores refer to the last-level cache for shared data and to communicate with other cores.