How the Acer Iconia Tablet Works

Acer announced the launch of its Iconia tablets in November 2010, but the first models didn't hit the shelves until April 2015
Image courtesy of Acer

The tablet PC market went into overdrive in 2011 with no fewer than 10 different manufacturers introducing new tablets, including the Apple iPad 2.0, the Motorola Xoom, the BlackBerry PlayBook and the Samsung Galaxy, to name just a few. With 28.7 million iPads sold to date, Apple still far outsells all other products combined, but Taiwanese manufacturer Acer made an ambitious entry into the field this year, as well, introducing not one -- but four -- different tablet product lines that give buyers a choice between two different operating systems and two very different user experiences [source: Carr].

The Iconia-6120, while it shares the Iconia name, is an entirely different animal. With dual 14-inch touch screens (it's hinged like a laptop, with the option to display a full virtual keyboard on the lower screen) and a $1,200 price tag, the 6120 offers the touch-screen capabilities of a tablet but competes with notebooks and laptops in terms of its size and productivity [source: Hiner]. For the purposes of this article, we'll focus on the Iconia Tab A series and Iconia Tab W series models, whose prices and capabilities are more in line with the rest of the tablet PC market.

Has Acer been successful in its quest to grab a share of the tablet space? What, if anything, differentiates Iconia tablets from the rest of the competition? For that matter, what differentiates one Iconia tablet from another? To find out, let's take a closer look at the features and specs of the Acer Iconia models. 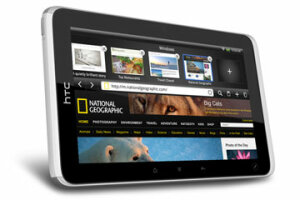 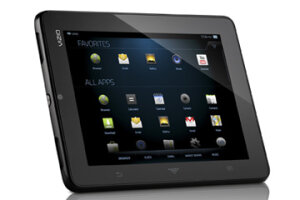