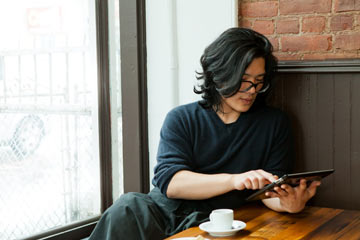 Tablet PCs can be so expensive! If all you want to do is check Facebook and play Angry Birds, do you really need to shell out a few hundred dollars to do it? Evolution World Wide Limited – makers of the EvoMax tablet – doesn't think that you do. The EvoMax Android tablet starts at $129, and you can find it on sale for as low as $69 [source: EvoMax].

EvoMax is one of the lowest-priced tablets on the market today. In fact, the only tablet that I could find at a lower price was the Ubislate7 -- another Android tablet -- that clocks in at $41. The Ubislate7's bargain pricing is thanks to subsidies from the Indian government designed to make tablets accessible for education purposes [source: Bauer].

The EvoMax doesn't have any subsidies backing its production, so how do they keep the price so low? According to reviews, Evolution World Wide Limited cut some corners on power, speed, and battery life to produce such an inexpensive tablet. Whether that's going to be a problem for you as a user really depends on what you're planning to do with your tablet. The EvoMax probably doesn't have the power for serious gaming, but if all you want to do is check your e-mail and browse the web and don't mind sacrificing a little speed to save a buck, the EvoMax could work out just fine.

To get an idea of whether the EvoMax will work for you, you really need to look at the specs and features and decide if it feels like a good deal for the price or if you're better off saving up for a more powerful tablet.

EvoMax is an Android tablet, which means that it can run any app available in the Android Market. The question is: How fast it will run those apps? That's where hardware comes in.

With 256MB or 512MB of RAM on the two 7-inch (17.78 centimeter) models and 512MB on the 10.2 inch (25.9 centimeter) one, the EvoMax is not going to load your apps with lightning speed [source: Est] . Compare that to the Google Nexus 7, which at $200 to $250 "embodies the moment when tablet buyers no longer have to compromise performance for price," according to CNET. The Nexus 7 has 1GB, which is twice the memory of the higher-end EvoMax [source: Franklin]. That doesn't mean the EvoMax won't work; it just means that patience is a virtue with this tablet.

Memory is important for speed of processing data, but you also want to consider the storage size when you're shopping for a tablet, especially if you plan to use it to hold your music, photos, and videos. The EvoMax comes with 2GB of storage, which is pretty low. Most tablets start at 16GB of storage, and some have as much as 64GB [source: Haber]. You can upgrade the EvoMax's storage capacity to a respectable 34GB, which is a $45 upgrade if you do it when you buy through the website [source: EvoMax].

When you're looking at memory for your tablet, don't let the math throw you! It may sound a little illogical that 1GB stick of RAM is the same as two 512MB sticks, but computer memory is a little bit funny. 1GB of RAM is actually 1024MB [source: AJ Design Software].

Size isn't the only thing that matters when it comes to evaluating your tablet's screen. You also want to consider the resolution. Think of screen resolution as the measure of your screen's crispness. The higher the pixel count, the more detail you'll be able to see. The screen resolution on the EvoMax is 800x480 on the 7 inch and 1024x600 on the 10.2 inch. That's a little bit low -- the $200-$250 Nexus 7 has a resolution of 1280x800 -- but not too shabby for the price [source: Perlow].

All of the EvoMax tablets come with a camera built in that can also record video, but the resolution is very low: between .3 and 1.3 megapixels, depending on which model you buy. That might work fine for you, but keep in mind that many mobile devices offer a much higher resolution. The iPhone 4, for example, has a 5 megapixel camera [source: Apple]. The Nexus 7's camera only has 1.2 megapixels, though, so as far as Android tablets in that price range go, it's about average [source: Nexus].

Of course, recording video is no fun without audio, and the EvoMax has a built-in microphone for recording audio. It also includes a music player so you can play the music that you stored on the tablet or use any online music streaming service you want.

If you want to surf the Web on your EvoMax, they've got you covered. It comes with a network card, so anywhere there's WiFi, you should be able to check e-mail and play on the Internet.

The EvoMax can also function as an e-reader, so you can use it to read books just like an iPad or a Kindle Fire. The specs on the Web site say that the LCD screen is readable even outdoors, but it doesn't mention that the screen is antiglare. So you may need to purchase an anti-glare screen cover.

Bottom line: If you're looking for a cheap tablet and don't mind sacrificing some of the quality for a lower price, the EvoMax tablet might work for you. Just as when you're shopping for any electronics, the trick is to look at the specs and features and ask yourself if it will do what you need it to do.

Honestly, I didn't care much about having a tablet until my husband, Dave, got the new iPad and gave me his old one to use. I already had an iPhone and couldn't see how a device that basically did the same things, only bigger, would be worth the money.

At first I only used it to mess around on Facebook or play what Dave lovingly calls "big solitaire," but now I couldn't imagine not having one. As a freelancer, it's great to have a better option for checking and responding to e-mails from the road, and I can even do a limited amount of work on my tablet, which means I can keep up on freelance gigs without dragging my laptop on shorter trips.

Any new technology is going to be an investment, and I'm a firm believer that you get what you pay for. While researching the EvoMax, I came across a lot of folks who said they just wanted a tablet to do one or two things, but I think what happened with me happens with a lot of people. Once you have a tablet, you find a lot more uses for it than you initially anticipated, and aren't you going to want something that can grow with your needs?