Why did Apple make a 7-inch tablet? 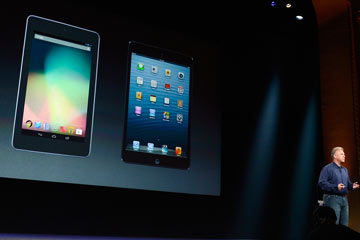 During the iPad Mini unveiling presentation, Phil Schiller compared the new tablet to the Android tablet. One of the Mini's selling points is its larger screen real estate when compared to competitors.
©Kevork Djansezian/Getty Images

Desktop, laptop, tablet, smartphone. These days, it's not unusual for a traveler or tech enthusiast to own all of these devices. And they all essentially enable users to do the same things: accessing the Internet, writing e-mail, consuming or creating media, staying in touch with friends and family. The desktop can still do things the smaller devices can't, like provide powerful hardware for video editing. The laptop still offers a better typing experience than the tablet or smartphone and a larger screen. But we're increasingly able to do more with smaller devices as they grow more powerful. So how many do we really need?

Many critics have rallied behind the idea of 7-inch (17.8-centimeter) tablets as devices for watching videos, reading and browsing the Web. They're extremely light and easy to hold in one hand. Critic Dan Fromer calls the Mini the "real iPad" and says that "it's almost effortless to use, and that's a big difference" [source: Splatf]. With the tablet market well established, and complaints of the iPad being a "big iPod touch" now a thing of the past, people are embracing 7-inch (17.8-centimeter) tablets.

But is there room in your life for both a 7-inch (17.8-centimeter) and a 10-inch (25.4-centimeter) tablet? That's up to you, but there's little the larger device can do that the smaller one can't. The key difference between the fourth generation iPad and the iPad Mini is screen resolution. If Apple adds a retina display to the Mini, that issue will vanish.

So why did Apple finally decide to release a 7-inch (17.8-centimeter) tablet, after Steve Jobs' famous indictment of the form factor? CEO Tim Cook argues that the iPad Mini is very different than, say, the Google Nexus 7, because of its 4:3, 7.9-inch screen. Cook said, "The difference between just the real estate size between the 7.9 ... versus 7 is 35 percent. And when you look at the usable area it's much greater than that" [source: D'Orazio].

Critics have reviewed the iPad Mini favorably -- it scored a 9.0/10 on tech site The Verge and 4/5 stars on CNET. The lack of a retina screen was most frequently cited as its greatest weakness, and at $330, the Mini is substantially more expensive than the $200 Android competition. While critics expect to see the larger iPad sold for the foreseeable future, the light weight of the iPad Mini may well become the focal point of Apple's tablet design in the future.

As I followed early impressions and reviews of the iPad Mini, I was shocked by how many people claimed the larger iPad now feels too heavy, outdated, old news. And they're not wrong: The iPad Mini is incredibly light. If there's a device that can kill the iPad, it's the iPad Mini. Amazing, considering the iPad was introduced only two and a half years before the Mini. Holding the Mini and iPad with retina display side-by-side, I was able to tell a difference between their pixel densities, but only just. If you're worried about the screen, check one out before you buy it. A higher resolution is nice, especially for text, but I don't think it's a deal breaker. 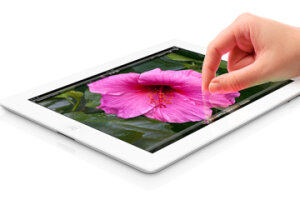 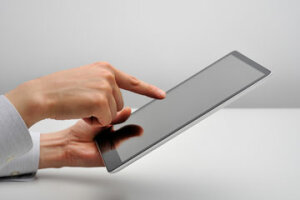