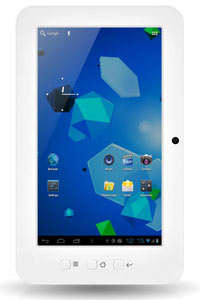 The iMuz is the larger of Latte's two tablet offerings.
©Latte

A year after the release of the iPad in April 2010, Apple was selling millions of units at $500 apiece, and Google was working hard to jump into that new market. In 2010, many electronics companies launched devices intended to compete with the iPad that ran on Google's Android operating system. But there was a problem with that approach: Android was built for phones, not tablets. Because the underlying hardware was mostly the same, the Android tablets worked. They just weren't very good.

Google did its best to remedy that, and in early 2011, the company launched Android 3.0 Honeycomb, the first version of the OS built specifically for tablets. Honeycomb offered a new user interface and was optimized for larger 7- and 10-inch (17.8- and 25.4-centimeter) displays and the latest mobile hardware, like Nvidia's dual-core Tegra 2 system-on-a-chip. Even after the launch of Honeycomb, Android tablets had trouble catching on. By mid-2011, the tech industry was throwing around a popular phrase: "There is no tablet market. There's only an iPad market."

Nevertheless, companies keep trying. Before the release of Honeycomb, the most common Android tablets fit into a category called MIDs, or Mobile Internet Devices. The form factor wasn't quite as big as the common 7- or 10-inch (17.8- or 25.4-centimeter) tablet, but was bigger than the average smartphone with a 3- to 4-inch (7.6- to 10.2-centimeter) display. As smartphones began to replace MP3 players, these companies began to design MIDs as cheap Internet/media devices that didn't require a monthly fee with a cellular carrier.

Enter Latte's tablets. Latte is a California company that releases inexpensive electronics from Asian companies in the United States. Think of the big names in mobile technology -- Samsung, LG -- and then, well, think smaller. Latte sells tablets and MIDs that run on the Android OS. But their field is quickly shrinking. In November 2011, Amazon cut into the low-cost tablet space of the MID with the $200 7-inch (17.8-centimeter) Kindle Fire. While some critics noted the device was underpowered, it sold millions of units thanks to its low price. And in July of 2012, Google itself launched a tablet, the 7-inch (17.8-centimeter) Nexus 7, at the same price.

Over the next few pages we'll take a look at how the Latte tablets work and what (if anything) differentiates them from other Android tablets. With the Android market finally picking up, thanks to devices like the Kindle Fire and Nexus 7, MIDs and other cheap tablets are in danger of being squeezed out. 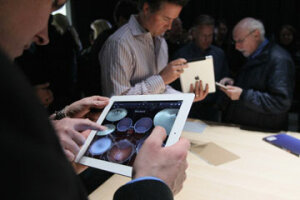