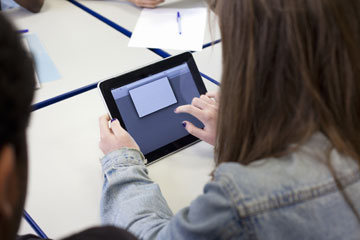 The tablet market is getting crowded as costs fall and devices get more powerful. Tablets running Google's Android operating system have emerged as serious challengers to Apple's iPad, but none have quite been able to match it in terms of size and performance. Le Pan is a relative newcomer to the tablet market, and they've already rolled out a few iPad-sized tablets and a smaller 7-inch (178-millimeter) tablet.

With a vaguely French name, "Everything Lifestyle" as the company motto, and products with names like "Mode de Vie," you might think Le Pan is a new European manufacturer, possibly some Swiss engineers turning their attention to the tablet market. Don't be fooled. Le Pan is actually part of Matsunichi Digital, a company based in Taiwan. That doesn't necessarily mean they don't make high-quality products, but potential buyers should be aware of the veneer of marketing that covers these tablets (and all consumer electronics, truth be told). In fact, in May of 2012, Matsunichi announced that the company would begin selling tablets in the U.S. under the Matsunichi name, not Le Pan, with a focus on 9.7-inch (246-millimeter) and larger tablet sizes [source: Fingas]. The relationship between the two companies is convoluted, and the future of the Le Pan brand is unclear.

Le Pan in a nutshell: They offer decent tablets with some drawbacks compared to top-of-the-line models, but they cost far less. The release of the Google/Asus Nexus 7 has almost certainly outclassed Le Pan in terms of price and performance where 7-inch tablets are concerned, but if you're in the market for a 9.7-inch iPad-sized tablet at a reasonable price, Le Pan may have something to offer you.

Let's take a look at the specifications and features of Le Pan tablets. Then we'll talk price and see if Le Pan is the right tablet for you.

Le Pan entered the tablet market with the Mode de Vie, also known as the TC970. This is a 9.7-inch tablet running the Android operating system. It was initially released with Android 2.2 (a.k.a "Froyo") with promises that an upgrade to Android 4.0, (a.k.a. "Ice Cream Sandwich") would be available soon. However, Le Pan had difficulty getting Android to certify the device for use with the newer operating system, and releasing the update without certification would have left them unable to include the Android app market on the Mode de Vie. For that reason, the TC970 was never officially upgraded from Froyo. In any case, here are its current specs:

Le Pan's 7-inch tablet is called the Vive. Its features include:

Note that all of Le Pan's tablets use a USB cord with a proprietary 30-pin connecter, not a standard mini-USB connector [source: Toor].

Next we'll look at the features you'll find on Le Pan tablets. 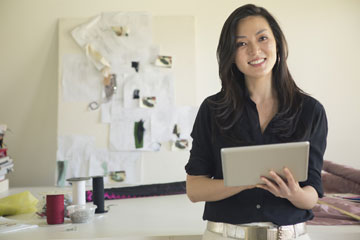 You can use your LePan tablet to access thousands of useful Android apps.
Eternity in an Instant/Getty Images

Le Pan tablets are encased in a brushed aluminum frame, which sets them apart from the rubberized frames of other Android tablets. This gives Le Pan tablets a sleek look, though it adds a bit of weight.

All Le Pan tablets can access the Android Market, which is home to more than 150,000 apps. Physical accessories specifically designed for Le Pan are scarce -- the company offers ear buds and little else. Accessories like cases and stands designed for other tablets of the same size as a particular model of Le Pan will probably work just fine, though.

As of July 2012, the Mode de Vie (TC970) could be found for under $150. The more powerful Le Pan II was selling for $250 [sources: Walmart.com and Newegg.com]. The Vive seems to be a mysterious little device – it appears that it hasn't been released and was likely a victim of the Le Pan/Matsunichi reshuffling.

Which tablet should you buy? In terms of 7-inch tablets, it's tempting to view the elusive, possibly non-existent Vive to the Nexus 7. If the Vive is ever released, it will be instantly obsolete. Why? The Nexus 7 is more powerful, and there's no way Le Pan can beat the $200 base price.

For 9.7-inch tablets, the TC970 is obviously more budget-friendly. However, Android 2.2 (Froyo) isn't optimized for tablets, so users may find it a frustrating experience. The Le Pan II is a major upgrade, but don't kid yourself – for $250 you're not getting anything close to an iPad. If you really need a tablet that's not too hard on the wallet, though, the Le Pan II might get the job done. Keep in mind that Le Pan has been hinting that the Le Pan III will be released in late 2012 with Android 4.1 (a.k.a. "Jellybean"), an operating system designed to improve the performance of tablets. Android 4.0 (Ice Cream Sandwich) is a very nice tablet OS, but Le Pan II owners may have to wait a very long time for an official 4.1 upgrade. If the TC970 experience is any guide, it may never be upgraded.

There are a lot of Android tablets out there these days. Le Pan comes in at a nice price point for the 9.7-inch tablets, but as a company, they're something of an unknown entity. I've been looking forward to the Nexus 7, and Le Pan hasn't changed my mind.