Pros and Cons of the Maylong Tablets 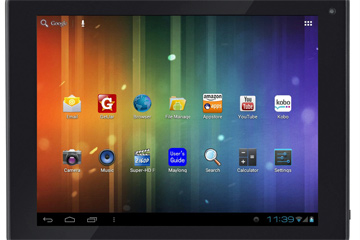 So at this point, a little context might be needed. We've talked about the Maylong tablets being at a bargain-basement price, and mentioned that they're really bare bones. Does that mean they're terrible? It's a bit more complicated than that. Let's go through some things that aren't so great about the tablets and then check out the benefits.

The first thing isn't even the tablet at all. The Maylong Web site is maddeningly vague at best, and just plain inaccurate at worst. It doesn't engender a lot of confidence when products are listed incorrectly (the specifications listed for the m-260 page are actually the m-250's specs), products are literally missing (a mysterious m-290 -- available at Target with a 2.3 Android operating system -- doesn't exist on its product list) and the FAQs seem to date back to the very first model ... but it's hard to tell.

One kind of unfair disadvantage: When the M-150 came out, it got scathing reviews. And for good reason: It was slow, it looked different than advertised, there were no USB ports without a bulky adapter, the microSD memory card slot wasn't spring loaded, so it was nearly impossible to get the card out. (The list goes on.) Essentially, the Maylongs became a joke.

Unfortunately, that meant that future iterations were entirely ignored. As the technology improved -- and it did, with updated 4.0 Android systems, nicer cameras, faster processors -- a search for Maylong tablets still brings up tech reviews for the m-150. Which seems a bit like saying "The Godfather" is a bad trilogy when you've only seen "The Godfather Part Three."

Not that any Maylong is comparable to a masterpiece. It cannot be stressed enough that you really do pay for what you get: Sure, you can pay $80 to get a cheap tablet. Which is absolutely appropriate if you don't need anything other than a cheap tablet. But -- as we saw in the specs -- a lot of the technology has caught up, and there's no reason to think that a higher-end Maylong (with their higher price points) wouldn't be perfectly acceptable as a device for a lot of folks who don't need a lot of applications and perks that go along with bigger brands.