With your space dedicated to Nook Store purchases, you'll need to be aware of some limitations. Remember that your Nook won't let you browse Amazon.com for books or media; you're strictly buying from Barnes & Noble. While that probably isn't going to be a huge issue -- Barnes & Noble isn't exactly lacking product, boasting 2.5 million titles in the Nook Store -- it is something to keep in mind, depending on where you're used to buying or looking for books.

At one time, brand loyalty was important. Originally, Barnes & Noble only had a partnership with Marvel comics (due to a little company called Amazon snapping up DC Comics digital rights), so you were out of luck if you wanted a Green Lantern comic on your Nook. However, in 2012, Barnes & Noble struck a deal with DC Comics to get digital content. Incidentally, that also means Barnes & Noble is restocking their physical shelves with DC comics. If a publisher has exclusive digital rights with Amazon, Barnes & Noble will quickly banish any physical copies of those books from its stores, which is a pretty persuasive tactic for getting publishers to make a deal with the bookseller.

Remember how we told you earlier that Barnes & Noble still wanted to get you in their stores? Well, they're doing a darn good job of it by leveraging their Nook Store apps. One promotion offered Angry Birds addicts the opportunity to move up a level free (when you'd normally have to pay $1). The catch? The bonus was only awarded at no cost if it was accessed via WiFi at a Barnes & Noble location.

Speaking of apps, one downside of the Nook Tablet is that you don't have full access to all apps available for Android. Instead, the Nook Store offers a cultivated library. It's growing, but there are significant holes. Finding a Major League Baseball app proves fruitless in the Nook Store, while it's a free Android offering. While we're not condoning it, it's also possible to find ways to access and download non-cultivated material on your tablet.

Amazon and Barnes & Noble would certainly like to erase the other's existence. But Barnes & Noble might've taken it a step too far when they replaced all references to the word "kindle" on the Nook. So when Tolstoy wrote about something being "kindled" in "War and Peace," confused readers saw instead that the object was "Nookd." Not exactly the translation from Russian they were looking for. 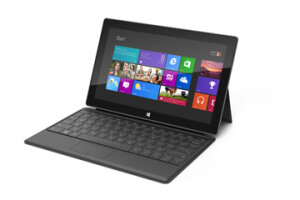