Blog of the Week: Toothpaste for Dinner

Browse the article Blog of the Week: Toothpaste for Dinner 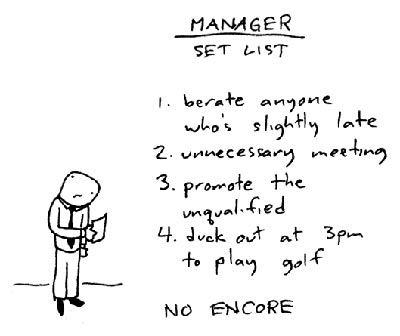 HSW: What was the impetus for starting Toothpaste for Dinner?

I can put whatever I want online, unedited, uncensored, et cetera. I've published in print numerous times and it gets hacked up in editing...I can have an e-mail fight over a line drawing with some Journalism major for two weeks to make a hundred bucks. Or I can just draw a rude picture and put it on a T-shirt and sell a few of them to make the same hundred bucks.

HSW: What do you find is the most challenging aspect of running the site?

It isn't too bad; I like working. I tend to work a lot if I'm not careful, so the biggest problem is getting out of the house and making sure I still pay attention to what happens in the world at large.

Sometimes I get hassled via e-mail but I have developed a tool to help me stop this. It is called "delete it." A lot of people demand stuff, but, I mean... it's not like I can't just go on doing whatever I want regardless.

HSW: How much time does it take?

Doing everything on the site, including shipping orders, drawing pictures, graphics work, writing blog entries, answering e-mails, keeping merchandise ordered...takes anywhere from 40-50 hours a week in slow periods like February to probably 80-90 in October, November and December. That's usually spread out over seven days, in both cases. It's like farming, farming the Internet. My ancestors were farmers, and now I am too.

I post one drawing every day on toothpastefordinner.com, three and a half drawings a week at marriedtothesea.com (my wife does the other half of the daily comics there, on average) and I post blog entries to TFD 2-3x a week.

HSW: How do you decide what to draw or write about?

It's not really a conscious thing. Maybe for those "citizen journalist" bloggers it is, but I just kind of plumb the depths of my own psyche, and then draw a picture of the depths. Or I find a weird picture in an old book and then scan it in and put a caption on it, either way.

HSW: What do you think makes a good blog?

It has to be funny and it has to update every day...If you want to do this, you have to do it for real...Both of the sites I'm involved in update at midnight every day. So I have to make, on average, ten or eleven comics a week. They're all one-panel comics so I can't screw around for weeks having my characters go through important life events. I actually have to write jokes.

It's not physically hard, but, I mean...try, right now, to just create a joke out of nothing. You can't just repeat what you see on TV or in video games either, because that's not you writing a joke, it's you repeating something as a child would after he sees a commercial. Now do it every day, except some days, write two of them.

HSW: Do you read any blogs?

My wife's blog is pretty good. Otherwise, most of them are just a compilation of links to New York Times stories.

HSW: How do you think blogging fits into our collective future?

A select number of writers/artists/entertainers will be plucked fully formed from the school of blogging and hired by traditional media to create content. It's been happening for a year or two and the pace keeps picking up. The "donut rap" Saturday Night Live guys started doing videos on the internet, and television was like "We'll take those guys, Internet, thank you."

The Internet is legit in and of itself (it's not like people watch TV all day long at work, but they sure do read the Internet while they're there.) Regardless, traditional media is going to continue to pull content creators from the Internet, because these bloggers, writers and artists have been honing their craft for years. I'm sure some of them will choke and go back to their blogs, but I'm telling you right now, if you hand me a six-figure check to write jokes, it's because my jokes are making you seven or eight figures.”