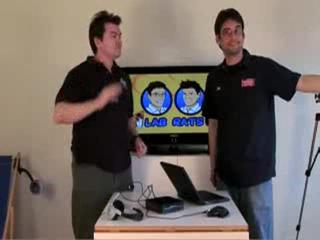 Both FireWire and USB are technologies used to connect devices to a computer and transfer data quickly. FireWire is also known by the term IEEE 1394 High Performance Serial Bus, and USB stands for Universal Serial Bus. The main difference between the two is that FireWire is made to handle more data than USB, particularly audio and visual information. For example, a 2.0 USB can handle a data transfer rate of 480 Mbps, whereas an 800 FireWire can take on 800 Mbps. However, a 2.0 USB can manage 127 devices while an 800 FireWire can only manage up to 63 devices. Both work using the plug-and-play, hot-pluggable technology, meaning you can plug a device into your computer while the computer is on, and the computer will recognized it and start to communicate with it (assuming the driver has already been installed).

Another big difference between USB and FireWire is that USB networking is based on the host, whereas FireWire networking is directly peer-to-peer. That means in order to communicate with each other though a USB, two devices also have to be connected to a computer. Meanwhile, a FireWire connection can be completed directly between the two devices without a need for a computer in the middle. The USB network topology is a hub, while FireWire network topology is a daisy chain.

The two technologies are still mainly the same, although FireWire costs a bit more than USB. That's why USB is used as the standard in most computers' high-speed buses. Still, neither is prohibitively expensive and both allow numerous devices to be connected to computer easily. Both allow fast transfer of data -- although the speed difference has already been noted above.