How big a hard drive do I need? 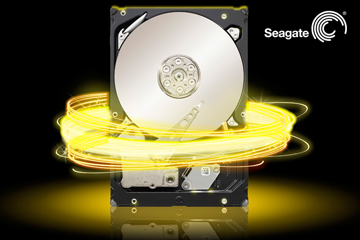 Companies like Seagate are offering increasingly larger capacity hard drives to consumers. But do you really need so much space?
Courtesy Seagate

These days, hard drives aren't just getting larger because they can; they're also expanding because even casual technology users demand huge swaths of storage. Consider that we put our entire music collections on our computers, or downloaded television episodes. Every work or life document -- including (sometimes several) life histories' worth of photos -- is stored on our laptop or PC.

It's no wonder, then, that Seagate just released a hard drive with 1 terabyte (yes, that's a trillion bytes) per square inch. Consider that a regular old MacBook Air laptop has 120 gigabytes of hard drive storage and you'll start to see how very impressive it is that Seagate's drive has the potential of a 60-terabyte capacity by the end of the decade.

But let's also remember that less than 20 short years ago in the mid-'90s, Mac was offering Performas with 120 or 160MB hard drives, which would hold about 50 songs. Period.

All this being said, is it worth is to get a hard drive that's gigantic so you can keep it into eternity? Or should you skew small and upgrade as you go?

First off, definitely don't go buying a computer with the biggest hard drive that's currently available. The first computer to have a 1GB hard drive was $25,000, after all, and that was in 1985. Now, even your smartphone probably has at least a 16GB hard drive.

Naturally, what you put on your computer will affect how your hard drive needs to expand. If you're working with a lot of graphics programs like Photoshop or InDesign, you're going to take up a lot more space than, say, my mother, who's primarily using a word processor to make grocery lists.

So let's delve into what we're using our hard drives for -- and just how big they should be.

Is your hard drive gigantic, or are you just happy to see MB?

We should point out that we're speaking mostly of hard-drive capacity here. If you were under the impression that hard drives have more to them than just storage, you're correct. Just for a quick rundown, a disk-type hard drive has magnetic disks that spin really fast to record and store data. These are the most widely available hard drives, but they're also the ones you need to watch out for if you drop your laptop (get those spinning disks out of whack and your hard drive follows).

Lately, solid-state drives (SSD) are the Big Thing (Apple has embraced them). Instead of spinning disks, they use the same technology as flash drives for storage. This means that jostling won't hurt them, and you won't get that "laptop burn" when you sit the computer on your knees -- no spinning means no heat generated (not to mention no noise and less power consumed). These are also more expensive, so you'll probably pay a pretty penny for comparable capacity.

Now, let's be clear about a few things that our hard drive will not affect. No matter how much storage capacity our hard drive has, our computer will not run faster. That means if you have 1TB of space and aren't using any of it, your computer will run just as well as if you had 1 TB of space and were using pretty much all of it. (And in this instance, size doesn't matter: If your computer had 1GB of hard-drive space, you wouldn't be faster or slower.)

So how big should your hard drive be? Unfortunately, one size doesn't fit all. Anywhere from 120-700 is standard for most laptops and will be sufficient for anyone who is a run-of-the-mill user. Even for those who store 30 MB photographs like so many paperclips, remember how very useful those external hard drives are. Instead of buying an extremely expensive hard drive to fit every single digital photo you have of pretty autumn leaves and cute calico cats, consider purchasing some inexpensive external storage for parts of your collection. The savings is two-fold; not only are you saving on a hard drive, but you're also protecting your library by keeping it in more than one location.

As someone who recently decided to upgrade my hard-drive capacity when buying a laptop, I struggled to justify just how much of the space I use versus how much I wanted. With the ubiquity -- and incredible capacity -- of external hard drives, it seems to me that you should always pay for what you need and only bump up the number ever-so-incrementally for future use. The rest can go on an external hard drive for safe-keeping.