by Tim Crosby
NEXT PAGE 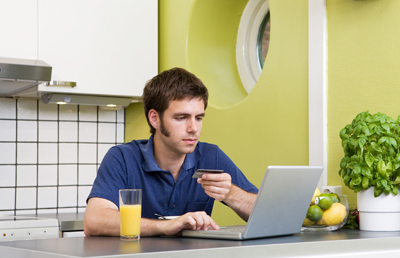 Almost everyone who has e-mail has been greeted with a message that offers an amazing financial opportunity. From pleas from African government officials to notices that you've won a lottery (that you don't remember entering), the e-mail messages appear too good to be true. And they are.

E-mail scams and Internet fraud are two of the most common complaints of computer users today. Often well disguised and including just enough true information to be enticing, e-mail fraud can be potentially dangerous to the recipient's finances and credit rating. These thieves may seek to steal your money directly, using bank account or credit card numbers you provide. Or they may seek to steal your identity, running up charges in your name. Money Magazine reports that more than 93 million personal data records have been lost or stolen since February 2005.

No one is safe. The FBI issued a warning in July 2007 about an increasing number of e-mail scams where the perpetrators impersonated the FBI to intimidate victims into giving up personal data. A similar e-mail scam was sent to taxpayers seemingly from the Internal Revenue Service, telling the taxpayers that they had an unclaimed refund.

E-mail scammers also act quickly. In November 2007, CNN reported that scammers were e-mailing people and asking them to donate to victims of the California wildfires.Such scams also appeared after 2005's Hurricane Katrina.

A recent report from Symantec, a supplier of Internet security software, said Web pirates are moving away from viruses and other damaging software and instead are focusing on financial gain through fraud. Government and private citizens in the United States provide more than half of the Internet activity that might lead to identity theft, the report stated.

E-mail scams and Internet fraud are widespread and costly. The FBI estimates computer-related crimes, including virus attacks, identity theft and other fraud, has cost $400 billion in the United States. The Internet Crime Complaint Center, a joint venture between the FBI and the National White Collar Crime Center, logged its 1 millionth complaint in the summer of 2007.

In this article we'll discuss e-mail scams and Internet fraud --  how to recognize it and how to protect yourself.