How Internet Odors Will Work

Browse the article How Internet Odors Will Work 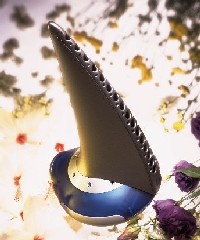 The iSmell Personal Scent Synthesizer is a device that will emit electronically-triggered smells.
Photo courtesy DigiScents

Many of us spend just as much time in cyberspace touring the electronic landscapes of the Internet as we spend offline. But for all of the time we spend in front of our computer monitors, this virtual world lacks many of the real world's most precious attributes. One of the biggest drawbacks of the cyber world is its lack of realism. Most of us are born with five senses, allowing us to see, hear, touch, smell and taste; yet the Internet takes advantage of less than half of these.

When you log onto your computer, what senses are you using? Sight is probably the most obvious of the senses we use to collect information. The Internet is almost completely vision-based. While audio technology, like MP3 music files, have made a lot of noise recently, the Internet is made up mostly of words and pictures. You can also throw in touch as a third sense used in computer interaction, but that is mostly in terms of interfacing by way of keyboard and mouse. Since the beginning of the Internet, software developers have chosen to ignore our senses of smell and taste. However, there are at least two American companies who are planning to awaken all of your senses by bringing digital odors to the Internet.

We have the ability to recognize thousands of odors; and some scientists believe that smell has the power to unlock memories. In this edition of How Stuff Will Work, you will learn how smells will be transmitted to your desktop and what other possible applications this technology could present.

Editor's Note: Since this article was published on January 5, 2001, DigiScents has gone out of business. 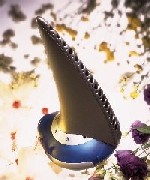 Can you imagine a world with no smells? Think of some of the smells that you would never be able to enjoy, like homemade cookies, flowers or that scent that follows a summer rain. Smell adds so much to our experiences. Of course, without smell there is also no taste, since our sense of taste is almost completely dependent on our sense of smell. This world without smell exists on the Internet -- but that is about to change. You will soon have your choice of two computer peripheral devices that will make your nose as involved in your Web experience as your eyes and ears. Let's take a look at these devices.

In Oakland, Calif., DigiScents, Inc. is developing a digital scent device, called the iSmell. They are fully aware of how people will respond to the device's tongue-in-cheek name. Mentioning the iSmell to a friend is likely to provoke instant laughter. The company hopes the device's name will grab consumers' attention and help to sell this gadget designed to transmit digitized smells through your computer.

A prototype of the iSmell Personal Scent Synthesizer is shaped like a shark's fin, and it will be connected to your PC through a serial or universal serial bus (USB) port. It can be plugged into any ordinary electrical outlet. Here's how it works:

The iSmell can create thousands of everyday scents with a small cartridge that contains 128 primary odors. These primary odors are mixed together to generate other smells that closely replicate common natural and manmade odors. The scent cartridge, like a printer's toner cartridge, will have to be replaced periodically to maintain the scent accuracy.

DigiScents has formed partnerships with several Web, interactive media and gaming companies to bring scents to your computer. Real Networks plans to make DigiScents' ScentStream software available to its more than 115 million RealPlayer users. DigiScents has not announced when the iSmell will be available or how much it will cost.

TriSenx is planning to take you one step further, by allowing users to not only download scents, but to print out flavors that can be tasted. The Savannah, Ga., based company has developed a patented technology that allows users to print smells onto thick fiber paper sheets and taste specific flavors by licking the paper coated with the smell.

The SENX machine is a printer-like desktop device that will produce smells based on data programmed into a Web page. SENX stands for Sensory Enhanced Net eXperience. Like the iSmell, the SENX machine will be activated by user actions. The fragrances and aromas are stored in a disposable cartridge within the SENX. This cartridge has 20 chambers, each holding a distinct scent. Thousands of smells can be created with a 20-chamber cartridge and a 40-palette rendition, which composes two separate cartridges.

The SENX is 5.5 inches wide, 8 inches long and 2.5 inches tall (14 x 20 x 6.4 cm). Users will plug the device into an open external COM port on their computers, and it will be powered by a DC 6-volt rechargeable battery. TriSenx is already taking orders for their SENX machine, which will cost $269 and include the SenxWare Scent Design Studio Software.

This digital scent technology will be able to do more than allow you to attach e-smells to your e-mails. Imagine watching The Patriot on your DVD player with a DigiScents device plugged into it -- as the Colonial army's cannons blast, you can actually smell the gunpowder. Or, as the British army marches across the battlefield, you can smell the grass beneath them. The scent of the ocean could be emitted during scenes in which Benjamin Martin's (Mel Gibson) family seeks sanctuary in a freed slave village on the South Carolina coast. The whole idea here is to increase the realism and enhance the viewing of your favorite movies.

The same type of effect could be created for your favorite video games. While consoles like PlayStation 2 are designed to enhance the realism of video game graphics, a digital scent synthesizer could take games to a whole new level. Imagine smelling the bad guy who is approaching before you actually see him. Developers of racing games could embed the smell of burnt rubber or gasoline to make their games more realistic.

Before being attached to movies and games, Internet odors will likely permeate through Internet advertising. Just as advertisers used scratch and sniff technology a couple of decades ago, they will likely use the novelty of digital scents to peddle their products now. Coca-Cola could embed their cola smell into banner ads, which could be triggered by a user scrolling over the ad. Suddenly, you're thirsty for a Coke. Sounds like pretty effective advertising.

Consumers may also benefit from this aromatic technology. With online spending on the rise, shoppers will now be able to sample some of the goods that they buy, including flowers, candy, coffee and other food products. Soon, you'll be able to stop and smell the roses without leaving your workstation.