The Tech Behind the IoT 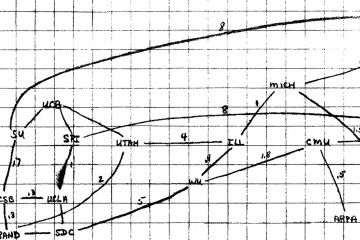 The technology behind the Internet of Things has been a long time in the making, even starting before we had computers. Machine-to-Machine (M2M) communication has been a thing for quite some time, perhaps starting with the telemetric systems of the early 20th century that transmitted encoded readings from measuring instrumentation over phone lines, radio waves or satellite communications. The first was used in 1912 to transmit data from a power plant in Chicago to a central office via telephone lines. Telemetry has since been used for things like monitoring weather and tracking wildlife, and it's even used to monitor the occupants and equipment on the International Space Station (ISS) [sources: Llewellyn, TechTarget].

We have been living in the computer age since the middle of the 20th century, and we've been in the age of the Internet since ARPANET was created by the U.S. Advanced Research Projects Agency in 1969. It wasn't until Tim Berners-Lee unveiled the World Wide Web in 1991 that a lot of people began hopping online, and now it's more unusual not to be connected to the Internet. The web grew, high-speed Internet entered the home and wireless networking became ubiquitous. And all that time, microchips and other computing equipment were getting smaller and smaller until we finally started putting them in mobile devices. Our smartphones of today can hop on the net via cellular or WiFi signals and talk to other devices through Bluetooth and other local communication methods. And thanks to the same technology, so can a lot of other electronic gadgets.

The processing of data on web-connected servers in large data centers, what we refer to as the cloud, has also contributed greatly to the ability of everyday gadgets to become part of the IoT. These devices may connect to the Internet by sending data to your phone or some other dedicated hardware in your home that acts as a hub over a local communication method, such as:

That connection can be made directly through your router or modem via WiFi or wired methods like Ethernet, cable or power line networking (signals sent directly over your home's power lines). It could also bypass your home network entirely via cellular communication. They may also communicate with other smart devices in the vicinity.

The connected gadgets of the IoT contain computing hardware, including processors with embedded programming telling them what to do, sensors that gather various sorts of readings (such as temperature, moisture, light, motion, chemical levels, heart rate and body movement) and communication hardware that can send and receive signals.

Some connected systems may be able to use other nearby devices to gather data, like city road systems that signal smartphones to help monitor traffic conditions. Smart devices can work in conjunction with tagging technology including RFID tags, QR codes, barcodes and the like to obtain data about items. The devices also need a power source, which can include a connection to a power outlet, a solar panel, or even replaceable or rechargeable batteries, provided the embedded hardware is of the low-power variety. Companies are also working on wireless power for a possible future power source.

The devices may be run mostly via their own embedded software or firmware, but they can also offload a lot of the processing to cloud-based software via the Internet, where they can crunch more data. Some use advanced algorithms that let them learn from and adjust to various stimuli and patterns (letting them program themselves, to an extent). This sending and processing of the sensor data is often nearly instantaneous (thanks to the usually lightning-fast speeds of Internet communication), allowing the devices to react in real-time.