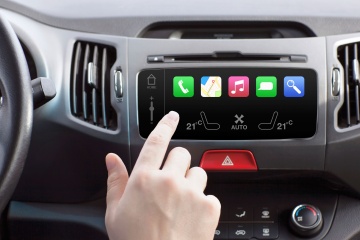 While some security breaches of connected devices might just be annoyances, if your car’s computer system is hacked, it could cause real danger.
© Prykhodov/iStockphoto

A lot of us perform monetary transactions and place loads of information about ourselves online, so we're probably aware that there's data about us floating around in the cloud. But now our inanimate objects are starting to generate and transmit even more information about our daily lives, raising both privacy and security concerns.

Already the analysis of big data is used to target us with appropriate ads, and connected devices like our phones enable the ads to follow us around, alerting us to deals as we're nearing a particular store, for instance. Data is also used to discover things about us, like our purchasing and traveling patterns, our income levels and our health status.

The retail chain Target once angered the dad of a teenager for targeting baby related ads at his daughter. He confronted a store manager, asking whether they were trying to encourage her to get pregnant, only to later discover that she already was. Target had used data analysis to target ads at people they could tell were likely pregnant because of their purchases [source: Hill]. Such data can also be used for things like detecting and stopping fraudulent use of credit cards and bank accounts. But most good things can also be used for ill, and data analysis might enable hard-to-detect biases in awarding credit, jobs, housing and other needs. The amount of surveillance made possible by systems that can recognize faces or identify us by our phones, cars or other smart technology is also a tad frightening.

There's also the danger of connected devices being hacked. That familiar sci-fi plot of our machines gaining sentience and turning against us is unlikely to play out in the near future, but outside entities are another matter. Our machines are gathering and transmitting a great deal of information about us, such as video from inside our homes, our location and activities, health measurements and the like, and ill-intentioned people can potentially break in and steal data, spy on us or wreak havoc on our systems. Imagine people being able to see into your home, turn your stove on all day while you're at work, or shut down or divert your smartcar while you're in it. There have even been some really creepy cases of people using a software vulnerability to hack into web-enabled baby monitors to shout obscenities at small children [source: Hill].

Security flaws have been found in smart devices like security cameras, light bulbs and health monitors. Some security breaches might be minor annoyances, but others could be unsettling or downright dangerous. If personally identifying information is involved, security gaps could lead to identity theft or other financial loss. Security issues can also be costly to manufacturers if they get sued or fined over breaches, or if customers lose faith in the brand.

Heavily testing devices' security, frequently updating firmware and software, and using lots of data encryption will be paramount. Adopting industry standards across manufacturers and devices could also help reduce security issues. Industry businesses can shore up their own internal IT security and put safeguards on who has access to collected data. They can also give consumers options on how much data is collected and kept, and how it's allowed to be used. Some experts also suggest limiting the amount of collected data to only what's necessary to run the devices, deleting old data frequently, programming gadgets to automatically update software, and even programming them to eventually die, especially when they are no longer supported and are likely to get more vulnerable.