Wikipedia is the fifth-most popular website in the world. Millions depend on it for a quick overview of just about any topic under the sun. Anyone can write or edit for Wikipedia, which is both a strength and a weakness — especially in the area of gender. Only 16 percent of the people who create content and edit the online encyclopedia are women, according to a 2013 survey commissioned by Wikipedia, and the percentage was about the same in 2017, according to Wikipedia founder Jimmy Wales.

Wikipedia has gotten some bad press about this. New York Times articles have pointed out the whopping gender imbalance and at least one opinion piece called Wikipedia sexist toward women novelists. Other publications have pointed out racial bias. Researchers have published papers looking at the impact of so few women contributors and efforts have been made to address gender bias on Wikipedia. These include having "edit-a-thons" where women get together to write or update underrepresented Wikipedia categories, such as biographies on women in science or technology.

"Whoever is editing Wikipedia kind of shapes the content," says Jennifer Sutcliffe, an educational analyst at Emory University in Atlanta, Georgia, who assists faculty in using online tools. "Everyone has some biases ... that emphasize certain facts based on their point of view." As a result, content "can be skewed based on what information a contributor deems interesting." That's why it's important for the encyclopedia to have more female editors and editors of color, Sutcliffe says.

She got interested in Wikipedia through her job at Emory, and she first edited Wikipedia in January 2016, cleaning up the grammar for an article about an 18th century King of Nepal. Because she likes video gaming, she began to write about that, creating the entry for Rangi, a single-player virtual reality puzzle game.

Over three years, she took part in three edit-a-thons at Emory as part of Art + Feminism, an international campaign to improve coverage of gender, feminism and the arts on Wikipedia. The women at one Emory edit-a-thon were surprised to find that some of their Wikipedia entries on female artists were marked for deletion by other contributors.

"People said they weren't notable enough," Sutcliffe says. "It's a point of frustration."

Contributors to Wikipedia — called editors — are predominantly young, white males, mostly college-educated, according to Andrew Lih, author of "The Wikipedia Revolution" and an associate professor of journalism at American University. They are generally "a bunch of male geeks who are wealthy enough to afford a $2,000 laptop and a broadband connection," he told the Atlantic in 2015.

Behind each Wikipedia entry is a discussion area in which editors can describe their edits and communicate with each other. This "talk" space often is a place of aggressive debate. Lih told the Atlantic that female editors have to deal with "so much junk" — criticism based on gender stereotypes. "Unfortunately, for a lot of women online — who needs that bother?" he said.

Sutcliffe says she hasn't been personally attacked by others on Wikipedia, but "I know that kind of activity happens. There's kind of an aggressive culture online — some people can be aggressive and often those people are male," she says. It's one reason women don't gravitate toward editing Wikipedia. Learning to edit or write for Wikipedia is not difficult, but there is a learning curve, she notes. "On top of that if you are worried about encountering hostility from men...."

Other reasons for women's lower participation were described in a blog post by Sue Gardner, former executive director of the St. Petersburg, Florida-based Wikipedia Foundation, which runs Wikipedia. One was that the editing interface was not very user-friendly. Another was women didn't have enough free time or else lacked the confidence to edit. They also did not like the "fighty culture" and contentious arguments over editing entries, plus they found the atmosphere misogynistic.

The gender imbalance affects the types of articles you see on Wikipedia. Researchers including Claudia Wagner at the Leibniz Institute for the Social Sciences in Cologne, Germany analyzed gender inequality at Wikipedia in a paper published in 2015. She noted that the amount of coverage of women was not the problem since it was in line with that of other encyclopedia-type publications. In fact, when biographies of women on Wikipedia were compared with those on the Encyclopedia Britannica, Wikipedia was found to have better coverage and longer articles. The problem was the way the women were portrayed by Wikipedia.

One way to combat these issues is for more women to get involved in editing, says Jennifer Sutcliffe. "There are many notable women who are not covered in Wikipedia," she notes. "Having diversity on Wikipedia is important ... we need those different perspectives."

Now That's Interesting
Among Wikipedia's tips for editing entries about women: Male is not the default, so don't use terms like "woman doctor" or "female poet." If an article links to a man's Wikipedia page, then make sure his page links to hers as well. Also, focus on her accomplishments before discussing her relationships. And if you do, write "A is married to B" instead of "A is the wife of B," which casts the male as the possessor.

Are Artists Hardwired for Poverty? 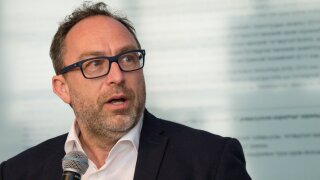 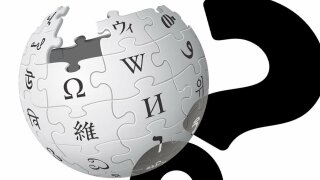 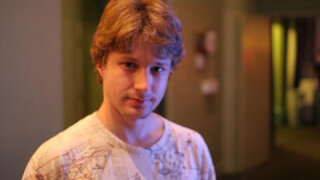