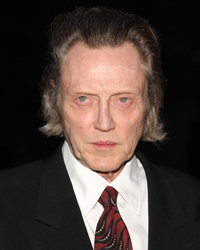 Actor Christopher Walken has something not many Hollywood stars can claim -- mainstream notoriety and a cult following. In the world of movies, you're typically one or the other. Because of Walken's unusual speaking voice and cadence, he's become an icon that can take a small part in a little-known movie and turn it into a funny and memorable performance. Walken's appearances on the late-night sketch comedy show "Saturday Night Live" have become the stuff of legend, and his catch-phrase from one of those skits, "I need more cow-bell," is now part of the American pop-lexicon.

Add to this the fact that Walken can appear menacing and terrifying with his ghostly looks and imposing frame, and what you get is ripe for a hysterical phony Twitter account. The problem is, Twitter shut down what had become its most popular fake account. An outcry from fans of Walken and comedy everywhere soon followed. Since then, several new Walken fakes have turned up, but the original remains in shut-down mode. The outcry has made Twitter take notice, but there's no word yet on whether the popular account will be reinstated.

Here are some examples of the cryptic messages that were posted on the fake Christopher Walken account: