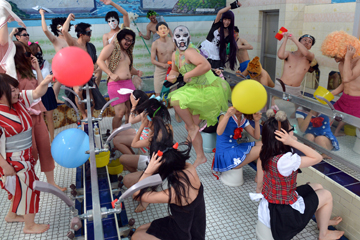 LOLcats. For the uninitiated – those who have somehow been able to avoid what appears to be a nonstop, social media-fueled avalanche of photos of cats doing funny things accompanied by cryptic, grammatically deficient messages – LOLcat is an Internet thing. A big one. It started in 2006 with an image of a fat cat looking at a camera, with the headline "I CAN HAS CHEEZBURGER?" emblazoned across the top. Today, a family of Web sites dedicated to this and other Internet memes sees more than 20 million unique visitors each month [sources: Grossman, cheezburger.com].

That's what Web folks call viral content: Something that spreads so fast on the Internet that it dominates Facebook and Twitter news feeds and racks up page views and clicks the way Elvis Presley used to take down fried peanut butter and banana sandwiches. Often, it's a silly or ridiculous photo or video along the lines of the "cheezburger" cat, a weird Chinese goat or various groups of people doing the Harlem Shake. Sometimes, however, more meaningful pieces like the Kony2012 video depicting the hunt for African warlord Joseph Kony catch Internet fire. Dubbed the fastest growing viral video of all time, the clip garnered 100 million views in just six days [sources: Breakthrough Content, Invisible Children].

Of course, the Internet is chock full o' crazy pet pics, cute babies, strange dance crazes and socially responsible documentaries. Why do some of them get millions of views while others get a few hundred (or less)? It was all the way back in 350 B.C.E. when Aristotle came up with his theory for making speeches memorable. The Greek philosopher concluded that the talk must have an ethical, logical or emotional appeal. These days, it seems tugging on the heart strings is the way to go viral on the Web [source: Konnikova]. 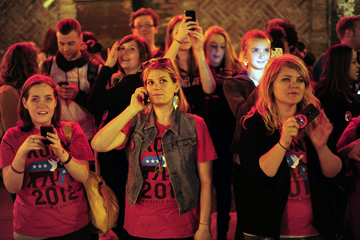 Social Currency and Then Some

Among the other factors that can help make content go viral is the social currency it provides sharers. Although the term has different meanings in various contexts, it's used in the viral content context to refer to the idea that a person will share something in order to create the impression that he or she is "in the know," or at the cutting edge of Internet infotainment [source: Konnikova].

Think of social currency in this setting as akin to knowing a secret handshake or the password to get by the doorman at a New York City speakeasy. Sharing something like the latest LOLcats pic or referencing other viral content like the What Does the Fox Say video is like saying "Hey, I'm cool. I know what's going down on the interwebs," without hitting people over the head with the fact that your finger is on the pulse of viral culture [source: Konnikova].

If that doesn't work, try drawing on people's memories. One of the reasons Buzzfeed-style listicles are so darn popular is that they spatially organize information in a way that makes it easy for readers to remember later when they're in the sharing mood. There's also the added bonus that at least some of these stories are practical, making readers feel like they're providing useful information to others in their social circles [source: Konnikova].

And then there's one last major component of many viral stories. You know, the story itself. The higher the quality -- the better the story telling or more captivating the medium – the more likely readers and viewers will want to share it, according to experts like Berger and Milkman. Which, of course, is precisely the reason why you're about to share this here article on Twitter, right?

So, How Can My Article/Video/Pic Go Viral?

The folks at Upworthy have a few suggestions to help it along on social media: Your headline should not be too vague nor too specific. It should appeal to an emotion (like anger or amusement). You need to write 25 headlines to come up with a good one. Send out the same post with two different headlines and see which one wins. Make sure your post's image also appeals to an emotion. Ask people to like or share your post – this results in more action. Finally, you need a good helping of luck – sometimes your post just taps into the day's zeitgeist.

Author's Note: What makes things on the Internet go viral?

This article isn't likely to go viral. It doesn't feature any cute shots of kittens, nor does it include video of a kindergarten teacher forcing a student to wallow in his soiled drawers. What it does have is information. Some mighty good info, if you ask me. In the rush to get more eyes on more pages, I hope we don't completely forget about communicating actual, usable knowledge.