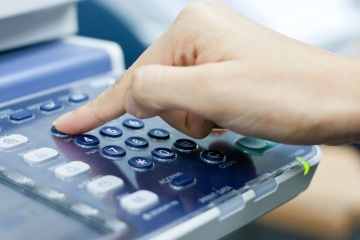 Whether you print at home or in an office setting, odds are you do so less than you used to.
© Yuthongcome/iStockphoto

It used to be a hallmark of corporate life — the aroma of cheap coffee wafting through the office and mixing with the smell of a hot laser printer feverishly churning through one long report after another. These days, the rancid coffee odor may still linger, but in many places the printer aroma is waning. That's because hard-copy printing isn't quite as necessary as it once was.

There was a time when you had precious few options for sharing your personal or professional documents. You could send them to shared folders on a local network. You might try to upload them through a slow modem. Or just as likely, you'd laboriously print your documents to paper and then walk or mail them to colleagues or friends. Now, the Internet makes documents available everywhere, all the time.

Printer sales for both office and home workers are falling because fewer people see a need to print. In 2005, the average office worker printed about 1,000 pages per month. Just seven years later, that number was cut nearly in half [source: Wood].

At home, people aged 50 and older still do a good amount of printing, but consumers in their teens and 20s rarely put text and images to paper unless they really have to. Part of this trend is driven by generational habits; some of it may be attributed to the fact that older people have a harder time viewing objects on smaller handheld screens.

Glowing screens are a salvation for forests, but trees still aren't quite safe. The U.S. alone prints billions of pages every year. And in other nations that are still ramping up their technology infrastructure, printer sales are actually climbing.

Worldwide, inkjets are still the number one type of printer. Monochrome laser printers are in decline as color-capable models become more affordable.

But for the most part, printer sales have leveled off in the U.S. and other economically advanced countries. The high-water mark for home inkjet printers in America may have been 2010, when manufacturers shipped roughly 16 million products. In stark contrast, projected sales for 2016 are fewer than 10 million [source: IDC].

In the meantime, retail printing is exploding as people upload pictures from their smartphones to online stores that ship them to their homes. This isn't just photo prints. Its personalized calendars, drink coasters, magnets and a whole lot more. Many of these products we simply can't make on our own or at a competitive price. But printing clip-art laden presentations for binders and folders? It's just not happening as much as it used to. 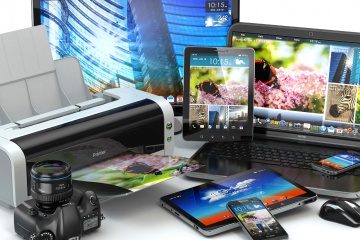 Printer technology is more advanced than ever, able to integrate with even the latest mobile devices. But is that enough to keep consumers buying?
© Bet_Noire/iStockphoto

At a time when printers have never been faster, better and cheaper, their sales are actually stagnating in many markets. Better imaging applications, the Internet and portable display devices are largely to blame for this trend.

Paper is heavy, easily crumbled or creased, and often forgotten. On the other hand, if your document is stored to the Internet in your e-mail account or a cloud application such as DropBox, it means you can use your smartphone or laptop to access files anywhere you have a data connection.

Who needs printed photos when you have social media? These apps are the ultimate refrigerator magnets, but instead of retaining just a few pictures of your life, they let you scroll through years of images with a flick of your thumb no matter where you are. Every image is organized by date and album for easy retrieval, meaning that there's almost no reason to print images, ever.

In spite of all of this, we'll always need printers. No matter how advanced our cloud-based apps become or how fancy our smartphones are, they'll never fully replace a printed page. Digital versions are just that — bits and bytes of data gathered together on screens that require power.

With paper, you don't need power. You can read hard-copy documents on a long flight without having to worry about battery life or headaches associated with too much screen time. You can touch, smell and see your presentations and pictures in a way that makes them real in a different way. You can even scribble on them with a ballpoint pen.

However, in the near future, instead of buying a dedicated printer, it's more likely you'll invest in a multi-function printer (MFP) that also scans and faxes in addition to printing. It's like having an imaging station at your desk, one that allows you to not only make hardcopies but also to scan digital documents that you can take with you anywhere.

That blend of convenience means you have options for both digital and analog copies of every kind of file you own. So no matter how digital your documents become, you'll still have the option of putting ink and toner to paper in a permanent and touchable way.

Years ago, I printed every single one of my stories. I did this in part because I preferred to edit my work using a pen, but also because I didn't trust storage media like floppy disks and hard drives — and because there was no such thing as online backups. Now, I have multiple copies of every article on a local drive and online, which makes it nearly pointless to print reams of text. Pictures are a different story. As much as I enjoy seeing and sharing photos online, the digital versions don't have the same emotional impact as printed pictures hanging on my walls (or my fridge). So although digital has pretty much taken over my life, I will always have a printer for those jobs that really demand a physical manifestation of my work.