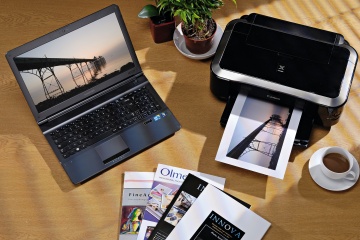 Until the mid-2000s, printers were a primary contributor to the tangled mess of cables behind your computer desk. And these were no ordinary cables. Handling the crazy-thick, monstrous serial or parallel cables was like wrestling boa constrictors in a closet. Happily, wireless printing mostly ended this era of serpentine insanity.

With wireless printing technology, you can send documents to your printer from across the room or the other side of the house. You don't need a cable connection and in some cases you don't even need a laptop – you can simply zip documents via your tablet or smartphone and brew coffee at the same time.

For anyone who prints frequently, it's hard to understate this sea change in the printing paradigm. In the old days, you were tied directly to a printer for the duration of the day. Even when laptops became more common, you still had to walk back to your printer desk and connect a cable before initiating a printing task.

Now there are numerous ways to print with fewer cables or none at all, and you don't even need a fancy printer or extra equipment. For instance, if you have a computer that's always connected to your printer, as well as a wireless router, you can simply share the printer to your wireless network. Other computers that connect through your WiFi network can then install the printer drivers and print through the router. The downside? If you shut off the computer that's connected to the printer, your wireless printing setup is useless.

Or, if your router has an integrated USB port, you can connect your printer directly to the router. This is sometimes the easiest way to make your printer wireless, with fewer and easier setup steps.

Routers are can be costly, so it may not make sense to invest in one just to make your printer wire-free. In that case, you may want a standalone printer server. In essence, these are cheap, small routers that you connect directly to the printer, letting it send and receive data wirelessly.

Of course, you can skip all of these convolutions and just buy a wireless printer, which may use integrated WiFi or Bluetooth.

The Cruelties of Cable-free 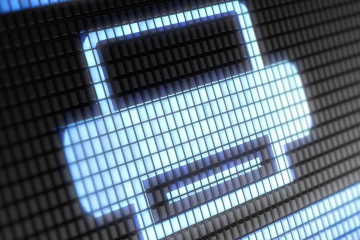 When you’re ready to install your printer, be sure to have all the information you’ll need on hand to save yourself from headaches.
©PashaIgnatov/iStockphoto

Cables are the chains that anchor your computer to a printer. But they aren't all bad. In most cases, wired printers are exceedingly easy to setup. Just plug them in, follow a few onscreen instructions and you can print to your heart's content. Wireless printers, on the other hand, often seem to lead to technological heartbreak.

It's critical to understand that there's more than one kind of wireless technology. Some printers use WiFi, while others employ Bluetooth or infrared connections. The most popular version, however, uses WiFi, which has enough range to serve a typical home and enough speed to print large documents without bogging down the network.

It should be a snap to connect a printer to a WiFi network, and often this is a pretty smooth task. In a lot of cases you won't need to mess with any extra settings to make your printer work properly. You'll just connect the printer to your computer via a USB cable and click through basic installation steps. Then you can unplug the USB cable and enjoy wireless printing capabilities.

But in some situations, this process becomes far more difficult than it should be. Each printer manufacturer varies its installation process a little bit, and just enough to cause hair-pulling frustration even for tech-savvy individuals.

For starters, if you're setting up a wireless printer, you must know the network name, called the service set identifier (SSID), and password. Without that information, you're setting yourself up for more than a little exasperation. It also helps to know which security protocol (such as WEP or WPA2) that your network uses.

There are two other settings that commonly vex WiFi printer setups, and they involve Dynamic Host Configuration Protocol (DHCP) and Media Access Control (MAC) addresses. The DHCP capability of your network automatically assigns an IP address (a numerical address assigned to individual devices on a network) to your printer, and unless you purposely disabled this feature it should already be turned on.

Each device on a network also has a MAC address, and if you've previously tweaked your network's security settings to only allow specific MAC addresses, you'll need to add your printer's. Otherwise it won't be able to connect. 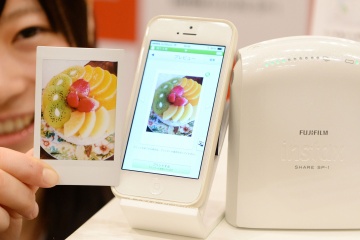 If you have all of the necessary information handy, wireless printer installations are generally easy and reliable. They're even simpler when either the printer or the computer supports WiFi Direct. This technology allows WiFi-capable devices to connect directly to each other instead of going through an access point such as a router.

If your printer has WiFi Direct, you can enable this feature and then select the printer from the list of wireless networks that appears on your computer. You'll have to enter a PIN code or password, but that's generally the only roadblock to starting print jobs through this type of connection.

Near-field communication (NFC) is another wireless technology supported by newer printers and Android devices. Using NFC, you just tap your device to the NFC spot on the printer to initiate a connection and then begin printing. But often, the NFC functionality varies from printer to printer. It's not a universal standard yet, meaning it may cause more frustration than it resolves.

Wireless communications protocols do vary, and things get even more confusing when it comes to mobile computing. That's because newer smartphones and tablets offer an altogether different type of printing experience.

These svelte gadgets have enough processing oomph to let you view and create all sorts of printable documents and images, no matter if you're at home or flying at 30,000 feet (9 kilometers). Yet printing those documents can prove challenging because many mobile devices aren't made to connect directly with printers.

Sometimes it's relatively easy to print via mobile. If your printer is Bluetooth-ready, you should be able to link it to your device and print immediately. There are cons to Bluetooth, however, such as its short range (generally limited to one room) and the need to constantly check to make sure your Bluetooth adapter is turned on.

There are other potential trouble points, too. For example, if your device uses Google's Android operating system, you'll likely have to use a print app in order to start a print job. Many manufacturers develop their own printing apps specifically for their own printers. You'll have to download and install the app and then use it to select the files you want to print. This kind of scheme can become bewildering in a hurry, particularly if you use multiple printers from more than one manufacturer.

There are also third-party printing apps, such as Mopria Print Service and PrinterShare Print Service, available for Android devices. However, they all work a bit differently and reviews vary from excellent to poor depending the particular device you own. You may also be able to print via a cloud printing service, such as Google Cloud. 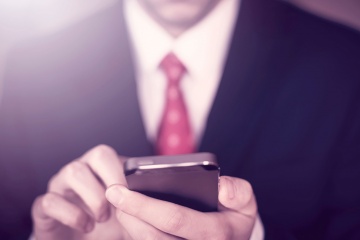 Back to the Caveman: Are Emojis Replacing Words?
Why are the keys arranged the way they are on a QWERTY keyboard?
What is dot pitch?