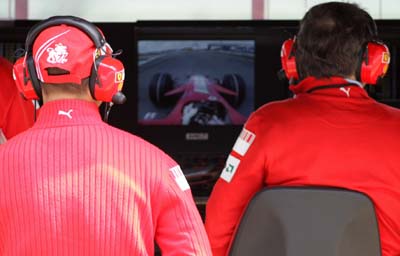 A car's microchip tells the engine how to operate under various conditions so that the car can achieve the best fuel economy. Computers link production plants together to monitor and maximize production.

For years, the machines used to make our life easier have been getting smarter as their internal computer processors and software tell them what to do based on the parameters we provide.

When machines "talk" they do so in a language known as "telemetry." The concept of telemetry -- remote machines and sensors collecting and sending data to a central point for analysis, either by humans or computers -- certainly isn't new. But an emerging concept is taking that idea to a whole new level by applying modern-networking technology.

Three very common technologies -- wireless sensors, the Internet and personal computers -- are coming together to create machine-to-machine communications, or M2M. The concept holds great promise in promoting telemetry's use by business, government and private individuals.

M2M communications, for instance, can be used to more efficiently monitor the condition of critical public infrastructure, such as water treatment facilities or bridges, with less human intervention. It can help businesses maintain inventory or make it easier for scientists to conduct research. Because it relies on common technology, it also could help a homeowner maintain the perfect lawn or create a shopping list at a button's touch.

M2M communications expands telemetry's role beyond its common use in science and engineering and places it in an everyday setting. People already are using M2M, but there are many more potential applications as wireless sensors, networks and computers improve, and the concept is mated with other technology. 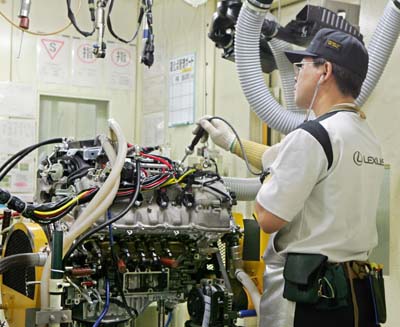 In machine-to-machine communications, a remote sensor gathers data and sends it wirelessly to a network, where it's next routed, often through the Internet, to a server such as a personal computer. At that point, the data is analyzed and acted upon, according to the software in place.

Older systems worked similarly, using "telemetry." Telemetry technology, in many ways, was the forerunner of the more advanced M2M communications systems. Both telemetry communication and M2M communications transmit data through a sensor. The major difference between the two is that rather than a random radio signal, M2M communications uses existing networks, such as wireless networks used by the public, to transmit the data.

Telemetry systems were once the province of scientists, government agencies and other organizations. Still, telemetry technology found many uses, including in aerospace, agriculture, water treatment monitoring and wildlife science. A radio collar wildlife scientists fit onto a captured animal sends telemetry about that animal's movement and habits.

The sensors in older telemetry communications, however, were highly specialized and often needed strong power sources to transmit data. Also, data collection could be spotty if a remote sensor was located in a "dead spot." Of course, any data analysis was conducted by what we now consider antiquated computers.

Using wireless networks makes it easier to transmit telemetry for several reasons. First, radio signals don't need to be as powerful as they once did, as cellular towers are spread over large areas to provide coverage. Older telemetry systems didn't always rely on radio signals -- some used dedicated phone lines, for instance -- but the wireless aspect allows for easier remote placement of sensors.

Find out exactly how M2M works on the next page. 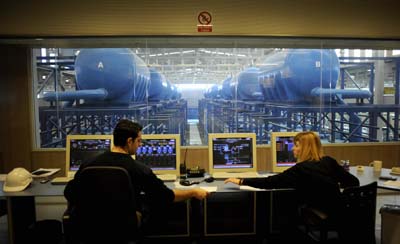 Making a machine-to-machine communications system work is a step-by-step process. The main elements involved are sensors (usually the kind that can send telemetry wirelessly), a wireless network and a computer connected to the Internet.

Let's take the case of a water treatment facility. City engineers are charged with supplying the community with fresh drinking water. They need to monitor the raw water supply, the treatment process and the end product, which is drinkable water.

First, the engineers would place sensors in strategic locations. This includes placing sensors that can detect contaminants near or around the raw water supply, such as a lake or river, as well as near the water plants main intakes. They also would place sensors at various stages of the treatment process and more sensors on the plant's outflow pipes, which supply the treated water to the community.

These sensors will send real-time data to a wireless network, which connects to the Internet. Engineers then monitor this incoming streaming data using computers loaded with specialized software.

The data from the lake sensors might tell them, for instance, that a plume of oil has appeared in the lake, perhaps from a spill. The engineers might then switch to a different intake location to avoid pulling the contaminated water into the treatment plant.

Data from the treatment plant will give information about the water's condition as it enters the process. For instance, some communities experience high levels of chemical runoff during certain times of the year, causing engineers to use special processes to purify the water at those times. If the sensors detect that, it can alert engineers to treat the water for that issue. By only using that treatment process when needed, however, it saves the city money.

Finally, engineers can monitor the outflow water to ensure their treatment process is indeed resulting in high quality drinking water for the community.

Check out the next page to learn about other applications for M2M communications. 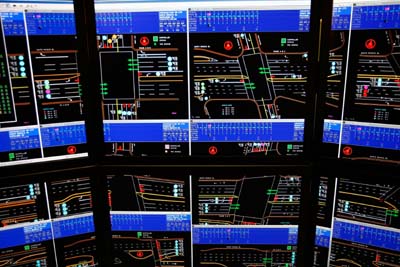 Machine-to-machine communications can be used to monitor traffic in real time, like at this Los Angeles traffic center.
© David McN ew/Getty Images

It's easy to see why machine-to-machine communications have so many applications. With better sensors, wireless networks and increased computing capability, deploying an M2M makes sense for many sectors.

Utility companies, for instance, use M2M communications, both in harvesting energy products, such as oil and gas, and in billing customers. In the field, remote sensors can detect important parameters at an oil drill site. The sensors can send information wirelessly to a computer with specific details about pressure, flow rates and temperatures or even fuel levels in on-site equipment. The computer can automatically adjust on-site equipment to maximize efficiency.

Traffic control is another dynamic environment that can benefit from M2M communications. In a typical system, sensors monitor variables such as traffic volume and speed. The sensors send this information to computers using specialized software that controls traffic-control devices, like lights and variable informational signs. Using the incoming data, the software manipulates the traffic control devices to maximize traffic flow. Researchers are studying ways to create M2M networks that monitor the status of infrastructure, such as bridges and highways [source: Southern Illinois University News].

Telemedicine offers another use. For instance, some heart patients wear special monitors that gather information about the way their heart is working. The data is sent to implanted devices that deliver a shock to correct an errant rhythm.

Business also can use M2M communications for tracking inventory and security. Late in 2007, M2M communications helped break up a heavy equipment theft ring. A rental company noticed sensors on its equipment showed the bulldozers were almost 100 miles from where they were supposed to be. Checking on other equipment rented the same day at different locations showed a similar trend, and the business used its M2M communications to disable the engines on the equipment and contacted law enforcement. Officers found that the company's equipment, along with a dozen other stolen pieces, were headed for the Mexican border.

Machine-to-machine communication appears to have a bright future. It's a flexible technology that uses common equipment in new ways. Every day, businesses, engineers, scientists, doctors and many others are finding new ways to use this new communications tool.

For more information about M2M communications and related topics, check out the links on the next page.