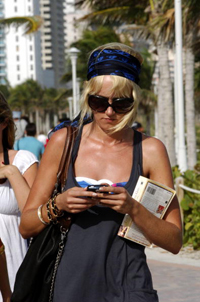 In a little over a decade, the Internet has grown from an interesting distraction into an essential part of our lives.

We can't go more than an hour without checking e-mail. When we have a question or need more information (about anything), we pop open a Web browser and start Googling. At work, it's all about videoconferencing, the corporate Intranet and online CRM tools. At home, it's all about Limewire, YouTube and updating our Facebook page.

The ideal way to access all of these tools and resources is with a broadband (high-speed) Internet connection, something we've come to expect at home and at the office. According to 2007 statistics, 70 percent of adult Internet users have broadband at home [source: Pew Internet & American Life Project].

What about when we're on the move? Surveys show that we still have the same hunger for Internet-based information, communication and entertainment. According to a 2008 report by the Pew Internet & American Life Project, 58 percent of all Americans have used a cell phone or PDA for "non-voice data activities" like sending an e-mail or or recording a video. And 41 percent of all Americans have used a WiFi-enabled laptop computer or other mobile device to access the Internet away from the home or office [source: Pew Internet & American Life Project].

Until recently, there have only been a few options for mobile access to the Internet:

Now several major national cell-phone carriers have introduced technology that brings DSL-quality speed to any mobile device within range of a cellular signal, including laptop computers.

What are some of the different types of mobile broadband networks and what kind of rates and plans are the cell phone companies offering? Read on to find out more.